Mary Crushes the Serpent AND Begone Satan! Two Books in One 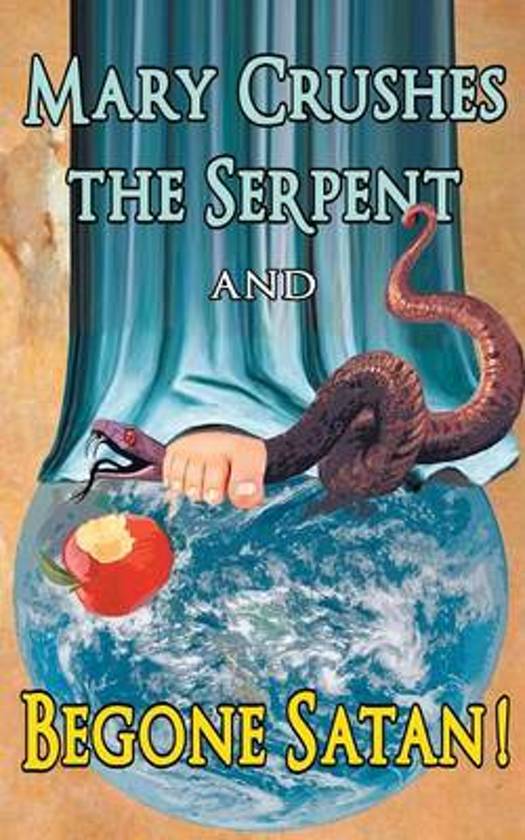 
God's Plan for the Present Time

The first book, Mary Crushes the Serpent, is the author's account of his 30 years' experience as an exorcist. He writes: "I will first state what the demons said about the present state of the Church, and then I will relate the diabolical plans which they, according to their own admission, are keeping under cover... The object of this document is to show the maternal solicitude of the Blessed Virgin for the Church of her Divine Son, as also to publish the plan Mary seems to have adopted to come to the aid of the Church in her present plight."

"I cannot help but come to the conclusion that an untold number of events of our time, many of the inexplicable crimes, the general moral breakdown of human society, the contempt for and the denial of religious truths and laws are, to a great extent, to be attributed to demoniacal influences and machinations. It would be a rather hard task to convince the present world of this and to scare its people out of this sensuality. This world is returning to paganism with giant strides." (Godfrey Raupert, Christ and the Spirits of Darkness)... It almost seems that the millennium mentioned in Apocalypse 20, 7, is at hand: "Satan shall be loosed out of his prison, and shall go forth, and seduce the nations, which are over the four quarters of the earth." That is the truth about the great dragon, the old serpent, which will seduce the entire world (Apoc. 12, 9), the murderer of men from the beginning, the liar, the father of lies (John 8, 44). One must be blind not to recognize him by his works.

Holy Mother Church has fought unceasingly against the father of lies and deception by spreading the truth through her teaching office, by removing sin and increasing the life of grace through the Holy Priesthood and through the Blood of the Lamb of God upon her altars ascending to the gates of heaven. The Church guides her faithful through the Episcopacy. Would that the faithful would listen to them instead of to the false shepherds in wolves clothing As a gift of her Divine Master the Church gives to her priests the power to expel devils and to confer blessings. The more violent the attacks of the netherworld, and the more articulate the demons become by their actions, the more diligently should these powers given by the Church be made use of. The exorcist narrates how at one time the Savior reprimanded him for becoming inactive in carrying out the tiresome process of exorcism: "If you love Me, why do you not give more direct battle against my bitterest enemy?" Christ spoke to the Apostles with an authoritative voice: "Drive out the demons." (Mt. 10).

Christ gained the victory over the prince of this world, Satan. But man, to share in that victory, must cooperate with the living mystical Christ. But when the modern world is ignoring, nay even persecuting, Christ, need we be surprised that Satan is coming into his own again and this more boldly within very recent years? The facts contained in these books should make us more conscious that "Satan goeth around like a roaring lion seeking whom he may devour." "Watch and pray that you will not enter into temptation." With Christ alone can we gain the victory.

The second book, Begone Satan , is a true, soul-stirring account of diabolical possession in Earling, Iowa in 1928, in which a woman cursed by her own father was possessed from her 14th year until her 40th year, the year of the exorcism.