Memory in a Time of Prose Studies in Epistemology, Hebrew Scribalism, and the Biblical Past 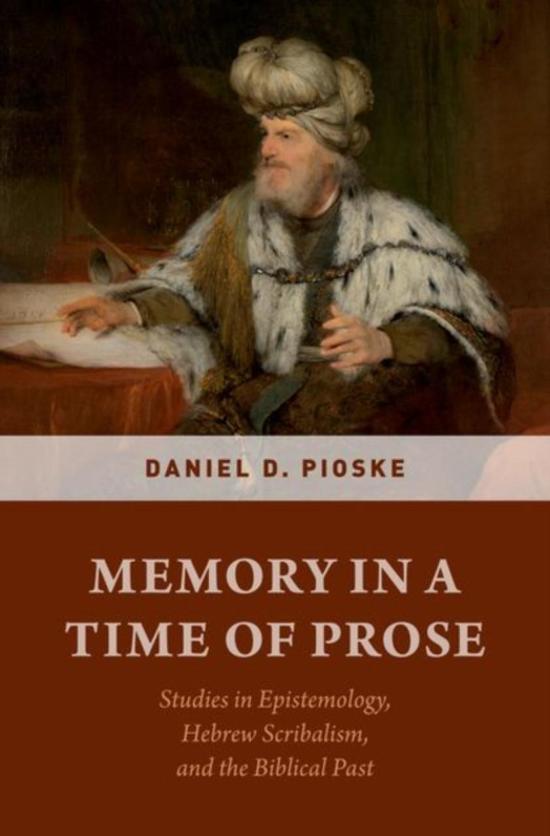 Memory in a Time of Prose investigates a deceptively straightforward question: what did the biblical scribes know about a past that consumed so many of their writings? Daniel D. Pioske attempts to answer this question by studying the sources, limits, and conditions of knowing that would have shaped biblical stories told about a time that preceded the composition of these writings by a generation or more. This book is comprised of a series of case studies that compare biblical references to an early Iron Age world (ca. 1175-830 BCE) with a wide range of archaeological and historical evidence from the era in which these stories are set. Pioske examines the relationship between the past disclosed through these historical traces and the past represented within the biblical narrative. He discovers that the biblical scribes drew the knowledge of the past that they used to create their prose narratives from memory and word of mouth, rather than from a corpus of older narrative documents. For those Hebrew scribes who first set down these stories in prose writing, the means for knowing a past and the significance attached to it were primarily wed to the faculty of memory. Memory in a Time of Prose reveals how the past was preserved, transformed, or forgotten in the ancient world of oral, living speech that informed biblical storytelling.
Toon meer Toon minder

The author's prose is accessible, and his research is thorough... Summing Up: Recommended. * CHOICE *