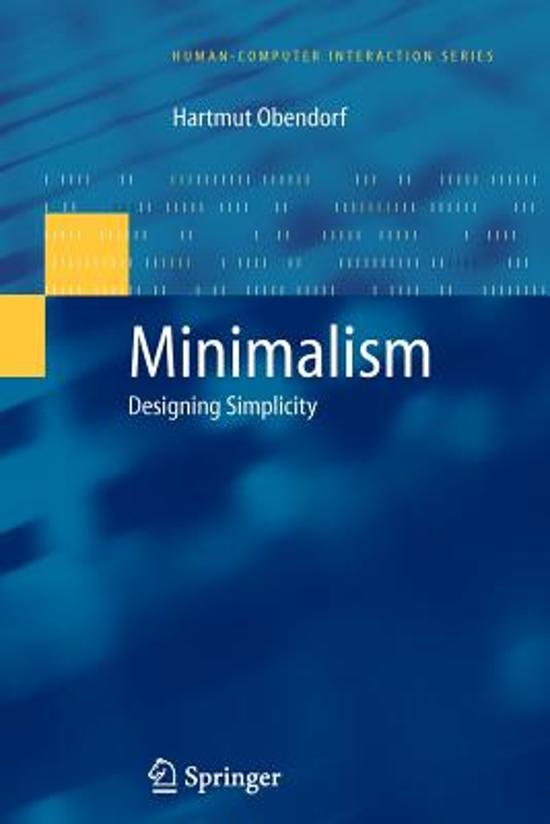 The notion of Minimalism is proposed as a theoretical tool supporting a more differentiated understanding of reduction and thus forms a standpoint that allows definition of aspects of simplicity.Possible uses of the notion of minimalism in the field of human–computer interaction design are examined both from a theoretical and empirical viewpoint, giving a range of results. Minimalism defines a radical and potentially useful perspective for design analysis. The empirical examples show that it has also proven to be a useful tool for generating and modifying concrete design techniques.Divided into four parts this book traces the development of minimalism, defines the four types of minimalism in interaction design, looks at how to apply it and finishes with some conclusions.