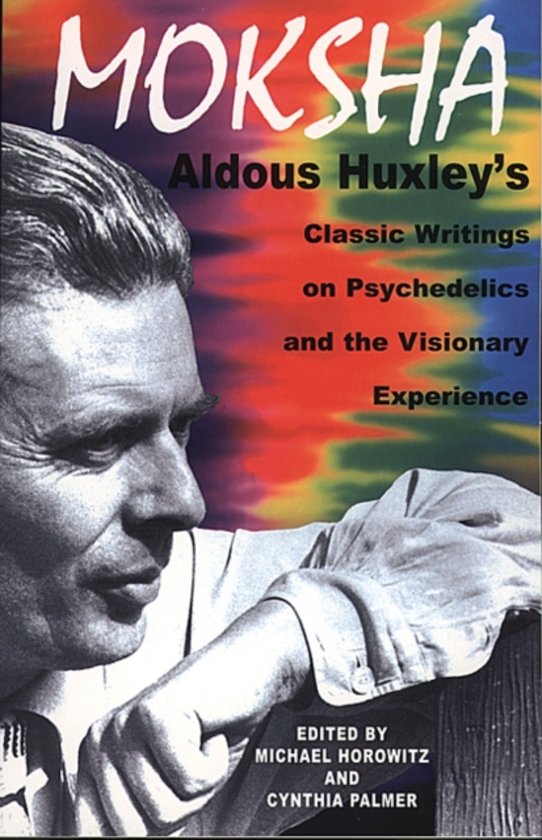 Selected writings from the author of Brave New World and The Doors of Perception on the role of psychedelics in society.
. Includes letters and lectures by Huxley never published elsewhere.
In May 1953 Aldous Huxley took four-tenths of a gram of mescaline. The mystical and transcendent experience that followed set him off on an exploration that was to produce a revolutionary body of work about the inner reaches of the human mind. Huxley was decades ahead of his time in his anticipation of the dangers modern culture was creating through explosive population increase, headlong technological advance, and militant nationalism, and he saw psychedelics as the greatest means at our disposal to "remind adults that the real world is very different from the misshapen universe they have created for themselves by means of their culture-conditioned prejudices." Much of Huxley's writings following his 1953 mescaline experiment can be seen as his attempt to reveal the power of these substances to awaken a sense of the sacred in people living in a technological society hostile to mystical revelations. Moksha, a Sanskrit word meaning "liberation," is a collection of the prophetic and visionary writings of Aldous Huxley. It includes selections from his acclaimed novels Brave New World and Island, both of which envision societies centered around the use of psychedelics as stabilizing forces, as well as pieces from The Doors of Perception and Heaven and Hell, his famous works on consciousness expansion.
Toon meer Toon minder

Huxley was one of the first in the modern West to realize the potential value and spiritual implications of drugs. We are fortunate to have this experiential record of drug experiences. * Rhea A. White, Exceptional Human Experience Network * Moksha is an exceptionally alive and illuminating track of the process of discovery. * Soho Weekly News * Huxley was a gifted explorer of transcendental experience, spirituality, and consciousness expansion. It is this side of his remarkable mind that we glimpse in Moksha. * Whole Life Times * The extraordinary richness with which Aldous Huxley describes the depth of his research on LSD and mescaline distinguishes him from thousands of researchers who have experimented with drugs over the years. * San Francisco Examiner-Chronicle * The main writings of Aldous Huxley about psychedelics and the visionary experience have now been gathered into a single volume [which] should stand as an unparalleled guide to investigators. * Peter Stafford, Island Views * This collection supplies a good account, in breath and depth, of Huxley's views on psychedelic drugs and is an excellent place to start in exploring the larger implications of psychedelic drug research * Lester Grinspoon & James Bakalar, Psychedelic Drugs Reconsidered * A controversial, mind-expanding book that confirms Huxley's position...as the father of the modern drug movement. * Publisher's Weekly * A pharmacological goldmine, supplementing Huxley's classic, The Doors of Perception. * Publisher's Weekly * [Huxley was] the world's most influential advocate of psychedelic drugs. * High Priest * Huxley had spent years preparing himself for the fearful psychedelic voyage, and he made it without question when it presented itself....He did it, and the world will never forget it. * Timothy Leary, Politics of Ecstasy * Then I read The Doors of Perception and Heaven and Hell, and it just rolled from there. That is what really put me over. * Terence McKenna, Archaic Revival * This book collects all of [Huxley's] words on the subject and is a valuable addition to the psychedelic literature. * Andrew Weil, High Times * A remarkably stimulating, worthwhile volume. * Publishers Weekly * Moksha is more than a book about psychedelics--although it may well be the most intelligent, well-rounded one of its kind. It is also another chance to spend hours in Huxley's fascinating company as he talks about art, literature, religion, psychology, and ecology. * Los Angeles Times *
Toon meer Toon minder