More Books on the Table 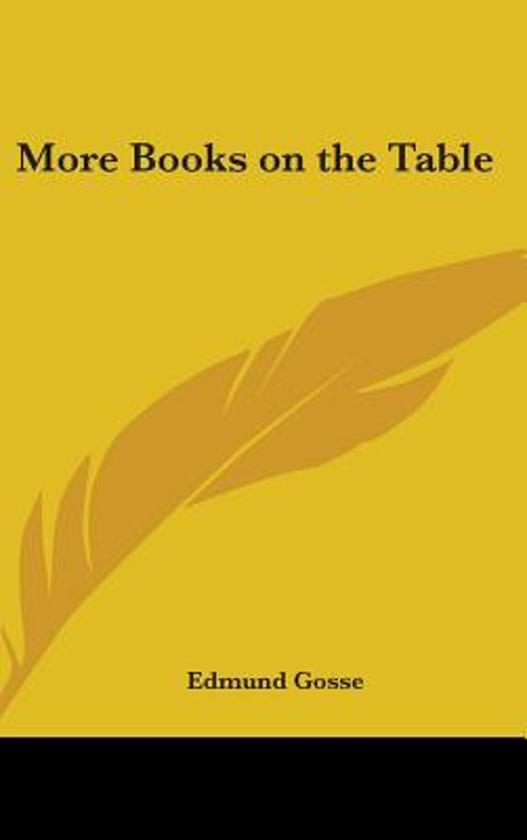 1923. An earlier series of little essays selected from The Sunday Times was so kindly received by the critics and so widely encouraged by the public that I am emboldened to collect a second budget from among the sermons which I preach from that secular pulpit each week. Contents: Queen Victoria; The Prince of Critics; The Shropshire Lad; Gods and Heroes; Frederic Myers' Poems; The Court of Faery; A Great American Library; The Daniel Press; Yorick and His Eliza; Izaak Walton's Adopted Son; Burlesque; Snap-shots at Swinburne; Rostand's Plays; Daughters of Fire; The Art of Parody; A Friend of Moliere; Bon Gaultier and Firmillian; Beowulf; Mark Akenside; Pearl; Earlham; The Laureate of Wedded Love; Edwin Abbey; The Oxford Sausage; Georgian Poetry; The Wolseleys; M. Bourget's Novels; The Lives of the Sophists; Lord Rosebery as a Critic; Two Blind Historians; Kitchen Essays; Leigh Hunt; Metaphysical Poetry; Lamartine and the English Poets; Second Thoughts; How to Read the Bible; Blake and Gray; Domesday Book; Browning in France; A Vision of Burmah; and Matthew Arnold.
Toon meer Toon minder