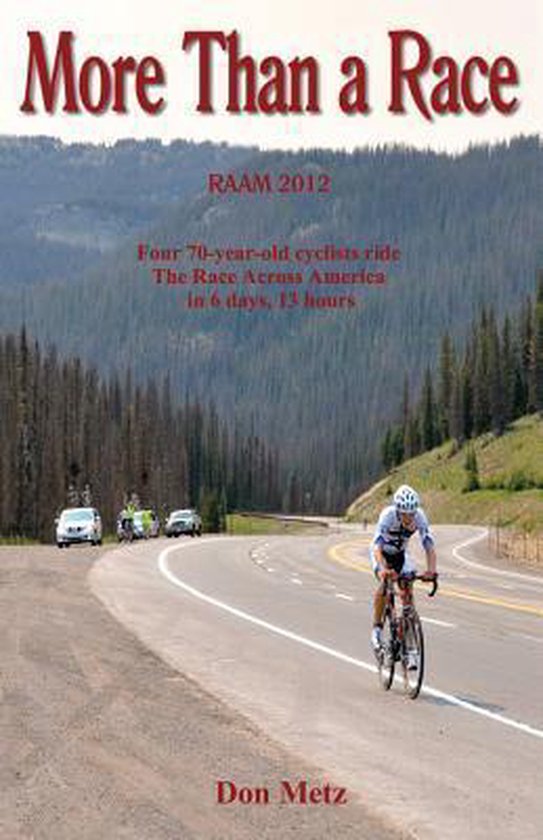 More Than a Race is about the notorious Race Across America (the RAAM) known as the world's toughest bicycle race. The story tracks a four-man team of septuagenarians who proved that age is no obstacle to superlative performance. Adding to the narrative are the voices of families and crew members, whose perspectives on the racers and crew dynamics enrich the account. Leaving Oceanside CA on June 12, 2012, the team and their hard-working support crew of 15 raced to Annapolis MD in 6 days, 13 hours, 13 minutes, at an average of 19.04 mph. They not only broke the 70+ record by 27 hours, but also bested the 60+ record by more than 3 hours. Sponsored by UnitedHealthcare, the team overcame more than its share of obstacles, including 100-degree desert heat, a hospitalization, fierce Kansas winds, a bike dropped at high speed onto a highway in Illinois, and the final agony of the Appalachian Mountains. More Than a Race is a must-read for all cyclists and armchair adventurers alike.
Toon meer Toon minder