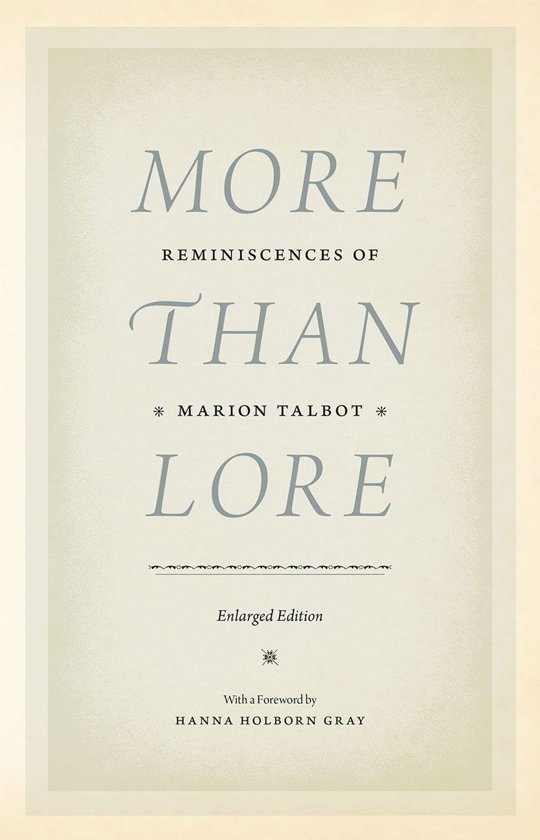 The founding articles of the University of Chicago contained what was for the era a shocking declaration: "To provide, impart, and furnish opportunities for all departments of higher education to persons of both sexes on equal terms." In a time when many still scoffed at educating women, the university was firmly co-ed from the very start. One of its first hires was Marion Talbot. Ready for the adventure of a lifetime, she set her sights on Chicago at a time when the city was still considered all but the Wild West. Talbot eventually became the University of Chicago's first Dean of Women, influencing a generation of female students.


Originally published in 1936, More than Lore is a unique firsthand account of the early days of the university, capturing the excitement and travails of life on an academic frontier. Talbot shares gossip from the faculty lounge, relays student antics in the dorms, and tells stories from the living rooms of Hyde Park. It's also a fascinating look at life as an early twentieth-century college woman, with scandals over improper party invitations and underground sororities, petitions calling for more female professors, and campaigns to have students be known as "university women" instead of "college girls." With Talbot as our guide, we reenter a lost world where simply to be a woman was to be a pioneer and where the foundations of the modern undergrad experience were being established.