Morphology at the Interfaces Reduplication and Noun Incorporation in Uto-Aztecan 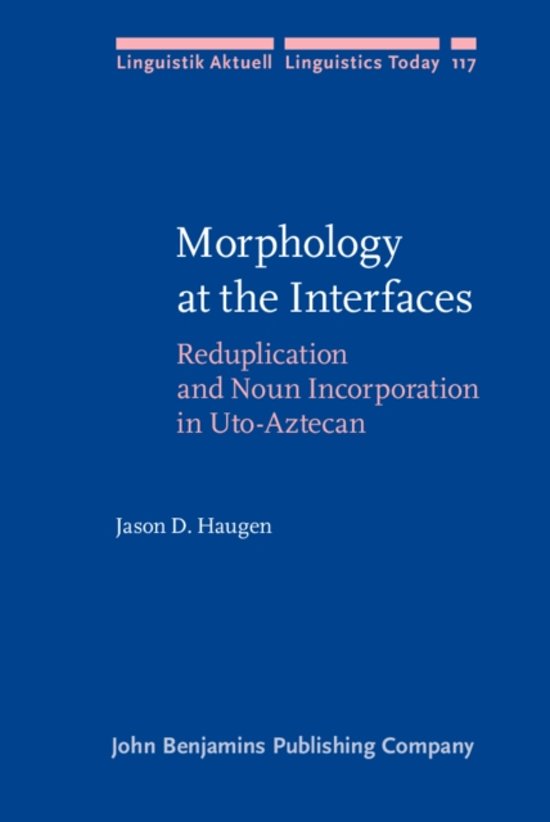 This monograph addresses morphology and its interfaces with phonology and syntax by examining comparative data from the Uto-Aztecan language family, and analyses involving reduplication as well as noun incorporation and related derivational morphology are provided within the framework of Distributed Morphology. Reduplication is treated by analyzing reduplicative morphemes (reduplicants) as morphological pieces (Vocabulary Items) inserted into syntactic slots at Morphological Structure. Noun incorporation constructions are analyzed as involving either incorporation (head movement in syntax, a la Baker 1988), or conflation, involving direct merger of a nominal root into verbal position (a la Hale and Keyser 2002). It is argued that denominal verb constructions should be treated as a sub-case of NI, as in Hale and Keyser (1993). Finally, the historical development of the polysynthesis parameter in Nahuatl is discussed, and a reconstruction of the likely stages of development, each of which is attested elsewhere in the family, is presented.
Toon meer Toon minder