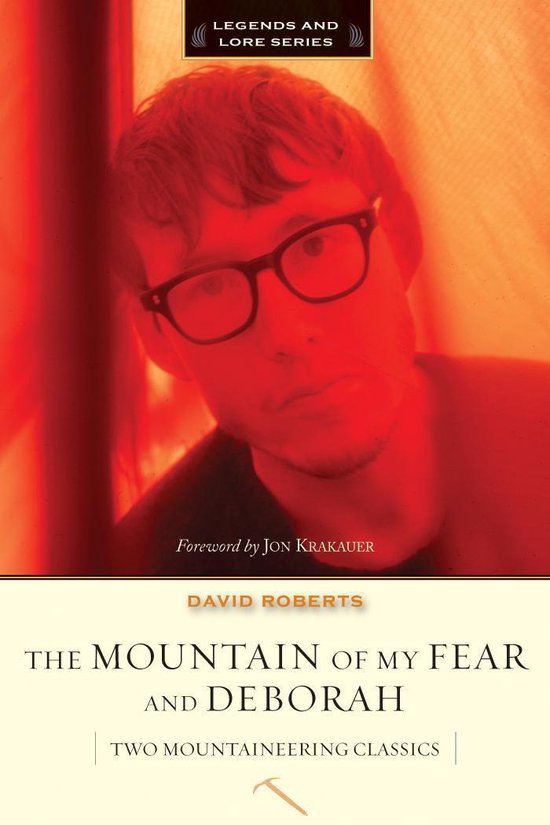 The publication of The Mountain of My Fear in 1968 and Deborah in 1970 changed the face of the mountaineering narrative. Now these two classic expedition narratives by acclaimed writer David Roberts are together again in one volume for a new generation of readers.

Deborah is the story of Roberts's 1964 expedition with fellow Harvard Mountaineering Club member Don Jensen to the eastern side of Mount Deborah in Alaska. Their two-man attempt on the then-unclimbed ridge was a rash and heroic effort. The story tells not only what happened on the mountain, but what happened in the stark isolation to the climbers and their friendship, as each became totally dependent on the other for survival.

In The Mountain of My Fear Roberts and Jensen come together again only a year after the Deborah climb. In this account, they and two other Harvard students attempt an ascent of Mount Huntington, for the first time via its treacherous west face. The summit had been reached only the year before, via one of its less dangerous ridges. The story is one of a magnificent achievement. But it is also the story of how a perfect adventure can turn into tragedy in a single instant.

Mountaineers, lovers of adventure literature, David Roberts fans, and non-climbers who simply enjoy a good story will value this pairing, by a great climber and a great writer, of two dramatic and enlightening works.


This title is part of our LEGENDS AND LORE series. Click here > to learn more.