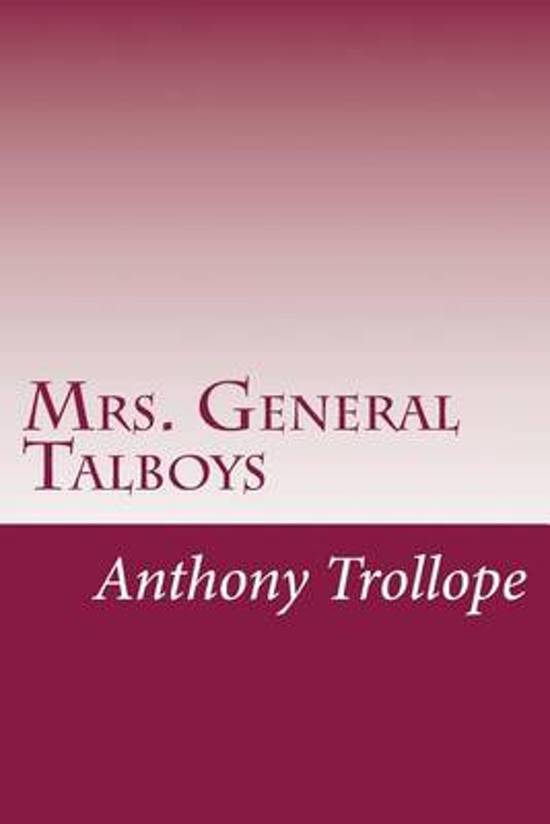 Anthony Trollope (1815-1882) was born in London to a bankrupt barrister father and a mother who, as a well-known writer, supported the family. Trollope enjoyed considerable acclaim both as a novelist and as a senior civil servant in the Post Office. He published more than forty novels and many short stories that are regarded by some as among the greatest of nineteenth-century fiction.
Alles van Anthony Trollope
Toon meer Toon minder

Anthony Trollope was a prolific Victorian writer. Trollope's best-loved works were known as the Chronicles of Barsetshire, which center on the imaginary county of Basetshire. He wrote penetrating novels on political, social, and gender issues and conflicts. Mrs General Talboys was written shortly after Tropppole returned from Florence. The story is set in Rome. The story begins, "Why Mrs. General Talboys first made up her mind to pass the winter of 1859 at Rome I never clearly understood. To myself she explained her purposes, soon after her arrival at the Eternal City, by declaring, in her own enthusiastic manner, that she was inspired by a burning desire to drink fresh at the still living fountains of classical poetry and sentiment. But I always thought that there was something more than this in it. Classical poetry and sentiment were doubtless very dear to her; but so also, I imagine, were the substantial comforts of Hardover Lodge, the General's house in Berkshire; and I do not think that she would have emigrated for the winter had there not been some slight domestic misunderstanding."
Toon meer Toon minder