Napoleon's Book of Fate and Oraculum 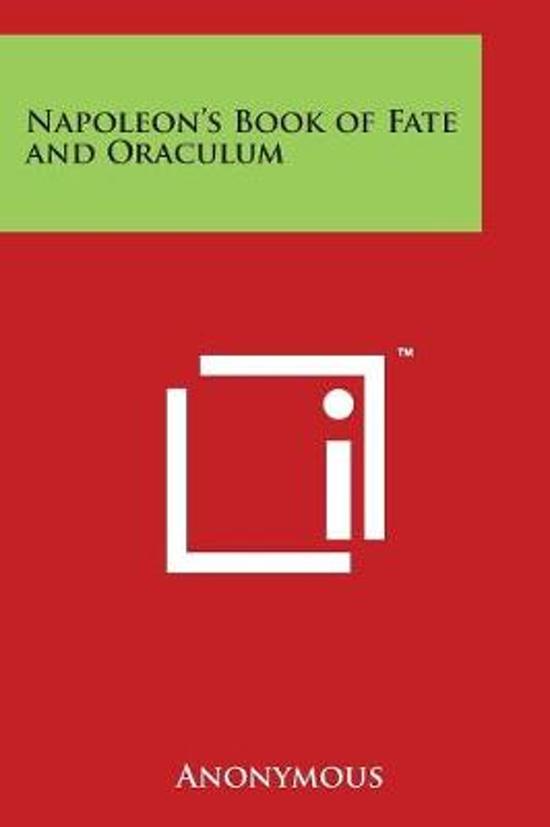 Reprint Edition. Profusely illustrated. In 1813 Napoleon was defeated at Leipzip. However he left behind him a "Cabinet of Curiosities" among which a Prussian officer discovered an Oraculum and a Book of Fate. Originally this Oraculum had been discovered in one of the Royal tombs of Egypt during a French military expedition of 1801. The emperor ordered the manuscript to be translated by a famous German scholar and antiquarian. From that time onwards the Oraculum remained one of Napoleon's most treasures possessions. He consulted it on many occasions and it is said to have "formed a stimulus to his most speculative and most successful enterprises." Containing: Dreams and their Interpretation, Weather Omens, Astrological Miscellany and Important Advice, Chiromancy or Fortune Telling by the Hand, Celestial Palmistry, Observations on Moles in Men and Women, Temper and Disposition of any Person, The Art of Face Reading, Lucky Days, etc.
Toon meer Toon minder