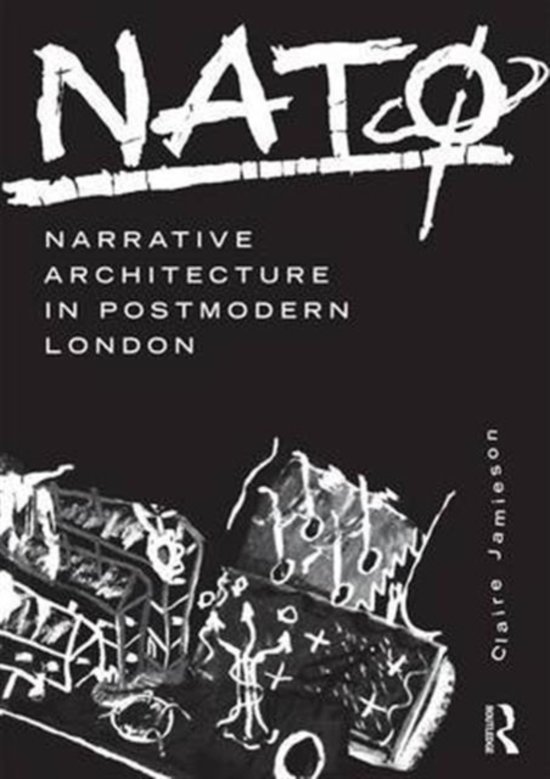 Chronicling the last radical architectural group of the twentieth century - NATO (Narrative Architecture Today) - who emerged from the Architectural Association at the start of the 1980s, this book explores the group's work which echoed a wider artistic and literary culture that drew on the specific political, social and physical condition of 1980s London. It traces NATO's identification with a particular stream of post-punk, postmodern expression: a celebration of the abject, an aesthetic of entropy, and a do-it-yourself provisionality. NATO has most often been documented in reference to Nigel Coates (the instigator of NATO), which has led to a one-sided, one-dimensional record of NATO's place in architectural history. This book sets out a more detailed, contextual history of NATO, told through photographs, drawings, and ephemera, restoring a truer polyvocal narrative of the group's ethos and development.
Toon meer Toon minder

'Jamieson's book is an incredibly detailed and wonderfully illustrated exploration of NATO, a hugely influential yet until now under-studied episode in architectural and cultural experimentation. Covering the group's earliest incarnations through to its later impact and influences - and documenting everything from educational interventions to drawings, publications, films, fashion, urbanism, architectural designs and exhibitions - this is the key documentation of NATO's extraordinary creative range.' - Iain Borden, Bartlett School of Architecture, UCL, UK 'How did architecture become cool under neoliberalism? And why is urban decay inspirational for contemporary architecture? Claire Jamieson's wonderful history of punk- and Thatcher-era London provides one answer, and it extends our understanding of vanguard architecture into the 1980s. NATO's architecture reimagined the post-industrial city as though it was an expressionist film or graphic novel, a legacy that induces as much unease today as it did then.' - Simon Sadler, Professor of Architectural and Urban History, University of California, Davis, USA Lively and lucid, Claire Jamieson's fascinating account of NATO refuses accepted narratives and neat resolutions. Through sharp and skillful analyses that traverse a kaleidoscope of evidence, the book underscores the complexity of constructing even - and especially - relatively recent cultural history. It challenges us to rethink oft-stated assumptions - about NATO, but also architecture's relations with punk, subculture and postmodernism - rendering 1980s London, and its protagonists, in all their nuance, multiplicity and contradiction.' - Ben Campkin, author of Remaking London and Director of UCL Urban Laboratory, UK 'NATO is often invoked as a marker of a shift in architectural imagination in the late 1970s and early 1980s. Like many myths, this claim has been built on little more than traces and impressions. In her deeply researched book, Claire Jamieson provides the evidence and the critical insights to connect this group of architectural dreamers and their magazine to the rapid transformations underway in London at the time. Enthusiasm for the ruins of the docklands, video art, the DIY aesthetics of punk, Soho's nightclubs and the historical fantasies of Albion were combined to suggest new architectural futures for the metropolis.' - David Crowley, Head of the Critical Writing in Art and Design programme at the Royal College of Art, UK
Toon meer Toon minder