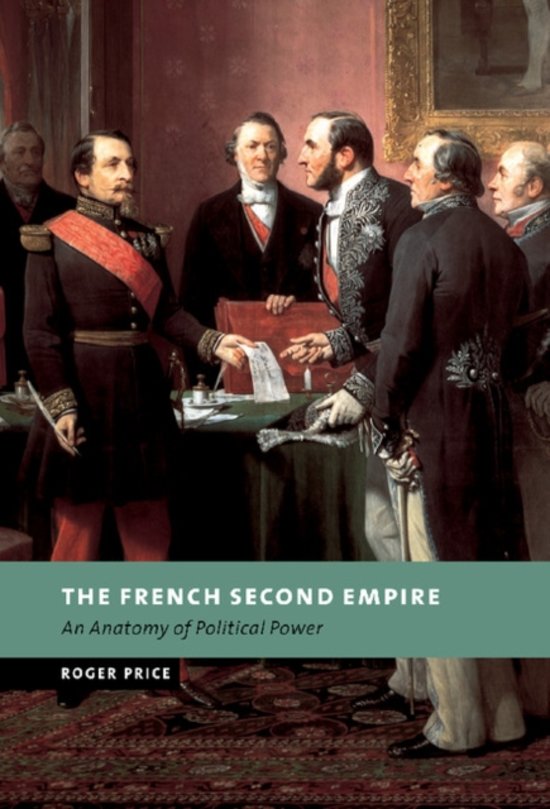 This book is about a major historical figure, Napoleon III, and a political regime. It examines how Louis-Napoleon Bonaparte (nephew of the first Napoleon) was able to secure election as President of the Republic and subsequently to launch a coup d'etat to establish a Second Empire. It then considers the ways in which power was exercised by the new imperial regime. Later, apparent stability led Napoleon III to engage in a difficult process of transition towards a more liberal regime; but at the point of success the decision was taken to go to war against Prussia which resulted in a catastrophic defeat and the destruction of his regime. This is a most thoroughly researched book on the Second Empire, which makes a contribution to our knowledge of a vitally important period of French history following the 1848 revolution and the intense mid-century crisis.
Toon meer Toon minder

Review of the hardback: 'People and Politics is a towering achievement, one that scholars will consult and engage with for years to come.' European History Quarterly Review of the hardback: 'Roger Price joins a distinguished line of Anglophone historians of France who have done much to rescue the Second Empire from the 'black legend' of republican propaganda.' The Times Literary Supplement Review of the hardback: '... rich synthesis ... a densely documented, lively, perceptive survey of a transformative moment in French history.' The Journal of Interdisciplinary History ...a fascinating reconstruction of political life in France during the era of Louis-Napoleon...crisp and discerning presentation. Highly recommended. L.A. Rollo, York College of Pennsylvania, CHOICE rich synthesis of French social and political history - Charles Tilly, Columbia University ...(S)mart and thought-provoking book...In People and Politics, Price provides readers with a remarkable synthesis of research... Carol E. Harrison, Journal of Modern History
Toon meer Toon minder