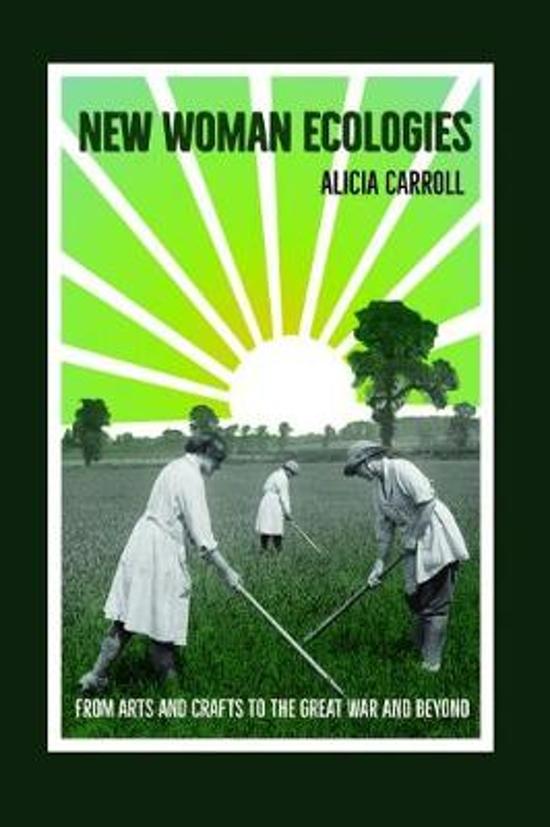 A transatlantic phenomenon of the late nineteenth and early twentieth centuries, the New Woman broke away from many of the constraints of the Victorian era to enjoy a greater freedom of movement in the social, physical, and intellectual realms. As Alicia Carroll reveals, the New Woman also played a significant role in environmental awareness and action.From the Arts and Crafts period, to before, during, and after the Great War, the iconic figure of the New Woman accompanied and informed historical women's responses to the keen environmental issues of their day, including familiar concerns about air and water quality as well as critiques of Victorian floral ecologies, extinction narratives, land use, local food shortages, biodiversity decline, and food importation. As the Land Question intersected with the Woman Question, women contributed to a transformative early green culture, extolling the benefits of going back to the land themselves, as England should feed her own people. Carroll traces the convergence of this work and a self-realization articulated by Mona Caird's 1888 demand for the acknowledgement of the obvious right of the woman to possess herself body and soul. By the early twentieth century, a thriving community of New Woman authors, gardeners, artists, and land workers had emerged and created a vibrant discussion. Exploring the early green culture of Arts and Crafts to women's formation of rural utopian communities, to the Women's Land Army and herbalists of the Great War and beyond, New Woman Ecologies shows how women established both their own autonomy and the viability of an ecological modernity.
Toon meer Toon minder

The values of those environmentally conscious, determined women in Alicia Carroll's engaging New Women Ecologies are uncannily familiar--green ecology, biodiversity, interconnectedness of people, plants, air, and water, independence from imported goods and (male) corporate structures. However, our own moment has had to rediscover those values as Carroll allows us to rediscover the fascinating cast of women characters who promulgated them over the course of fifty-plus years, beginning with those in the Arts and Crafts movement, extending to and past the Great War. The beyond of the title might land in our own moment. Carroll vivifies such women as Olive Cockerell, Helen Nussy, Mary de Morgan, May Morris, Mona Caird, Charlotte Yonge, Agatha Christie, Edith (Mrs. Havelock) Ellis, and more, some familiar, many hardly known. Women's struggle for independence manifested itself in a back to the earth direction and also fueled the Women's Land Army of WW I. New Women Ecologies enlightens and inspires. Liberate the biosphere and yourselves in so doing. --Adrienne Munich, Stony Brook University, author of Queen Victoria's Secrets A timely, original, and compelling study of English women's engagement with the natural world between the later Victorian decades and the mid-twentieth century. Carroll looks at how women's creativity--whether demonstrated in painting, illustration, and embroidery, fiction or poetry, garden design and planting, or writing about their experiences as landworkers--meshes with a broader comprehension of the land, its uses, its interconnected ecology, and humankind's place within it. As she succinctly explains, this is a book that greens the New Woman and that genders early environmentalism. ----Kate Flint, University of Southern California, author of Flash! Photography, Writing, and Surprising Illumination
Toon meer Toon minder