Cambridge Texts in the History of Political Thought Nicholas of Cusa: The Catholic Concordance 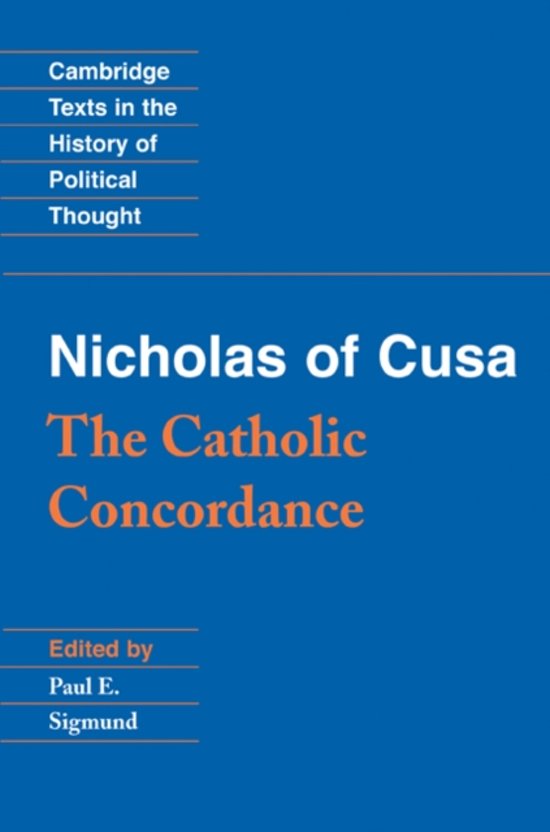 Now available in paperback, this is the first English translation of the most important work of political thought of the fifteenth century. The Catholic Concordance is the first major treatise to argue for consent through representative councils as a major prerequisite for legitimate law and government, and is the most learned and original work associated with the conciliar movement in the late medieval church. Cusa's arguments influenced such thinkers as Luther, Bruno and Locke, and Professor Sigmund's introduction places his work in its full historical and philosophical context. The volume contains all the standard series features including a chronology, note on sources and bibliography, and as one of the earliest formulations of the view that political legitimacy rests on consent, The Catholic Concordance will be of interest to a wide range of scholars and students of the history of European ideas.
Toon meer Toon minder

'... One urges a wide use of this translation. Teachers who deal with medieval political thought need no longer leap from Augustine to Machiavelli and Locke, but can assign this work of modest length, translated into a flowing English prose, and thus do more than pay lip service to the Middle Ages.' Church History ...a worthy addition to this Cambridge series. He has provided a readable version of a difficult text with a concise and lucid introduction...The translation, of course, is the heart of the book. Sigmund's rendering of Cusanus' prose is clear, and his annotations usually are well crafted. The Catholic Historical Review