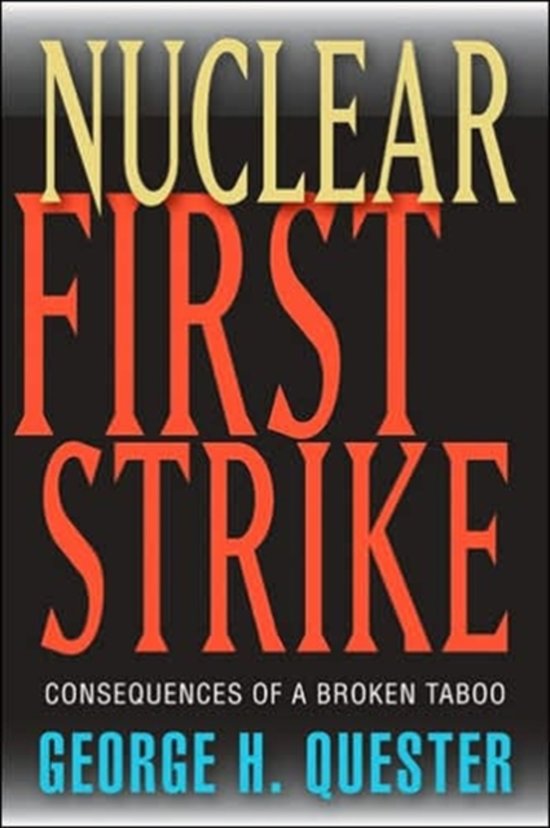 This provocative and timely work examines various scenarios in which the deployment of nuclear weapons could occur, the probable consequences of such an escalation, the likely world reactions, and the plausible policy ramifications. Rather than projecting the physical damage that would result from nuclear attacks, George H. Quester offers an exploration of the political, psychological, and social aftermath of nuclear conflict. The prospect of nuclear attack-sixty years after atomic bombs destroyed Hiroshima and Nagasaki-is difficult to confront on many levels. We may avoid the discussion for emotional reasons, for fear of generating a self-confirming hypothesis, or simply because of the general nuclear taboo. But there are also self-denying propositions to be harnessed here: if the world gives some advance thought to how nuclear weapons might be used again, such attacks may be headed off. If the world avoids nuclear weapons use until the year 2045, it will be able to celebrate one hundred years of nuclear concord. Quester suggests that this may be achieved through the careful consideration of possible nuclear deployment scenarios and their consequences. In this insightful analysis, he provides a starting point for informed and focused reflection and preparation.
Toon meer Toon minder

Provocative and impressive work. * Proceedings * A very useful exploration of a very broad range of possibilities. * Future Survey * Provocative and timely work. -- Glen Segell * Political Studies Review * Quester has tackled a most important subject that we should all be thinking about. -- Martha Smith-Norris * International History Review *