Our Ice Is Vanishing / Sikuvut Nunguliqtuq A History of Inuit, Newcomers, and Climate Change 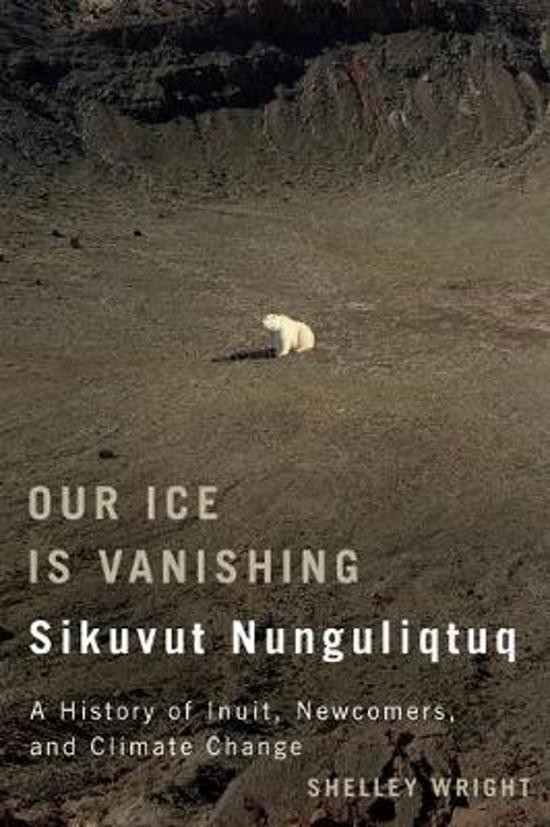 The Arctic is ruled by ice. For Inuit, it is a highway, a hunting ground, and the platform on which life is lived. While the international community argues about sovereignty, security, and resource development at the top of the world, the Inuit remind us that they are the original inhabitants of this magnificent place - and that it is undergoing a dangerous transformation. The Arctic ice is melting at an alarming rate and Inuit have become the direct witnesses and messengers of climate change. Through an examination of Inuit history and culture, alongside the experiences of newcomers to the Arctic seeking land, wealth, adventure, and power, Our Ice Is Vanishing describes the legacies of exploration, intervention, and resilience. Combining scientific and legal information with political and individual perspectives, Shelley Wright follows the history of the Canadian presence in the Arctic and shares her own journey in recollections and photographs, presenting the far North as few people have seen it. Climate change is redrawing the boundaries of what Inuit and non-Inuit have learned to expect from our world. Our Ice Is Vanishing demonstrates that we must engage with the knowledge of the Inuit in order to understand and negotiate issues of climate change and sovereignty claims in the region.
Toon meer Toon minder

Wright succeeds brilliantly in painting a vivid picture not only of the physical grandeur and beauty of the Arctic, but also of the resilience and wisdom of its Inuit inhabitants. Our Ice Is Vanishing is an intimate, fascinating, and stimulating account of the Inuit presence in the North and its immeasurable value for the future. Suzanne Lalonde, Faculty of Law, Universite de Montreal Wright's book is an academic study that is nonetheless deeply moving, clearly written, and suitable for general readers. It is essential reading for anyone wishing to learn about how humans are inextricably connected to the chain of life on this planet. Tackling global warming rests on us recognizing this deceptively simple fact. Publisher's Weekly Our Ice Is Vanishing is authoritative and entertaining, original, exhaustively researched, and informed by personal experience. Wright spent years living in the Arctic and it shows. She has written a wonderful book. Ken McGoogan, author of 50 Canadians Who Changed the World
Toon meer Toon minder