Passive Obedience Establish'd; And Resistance Confuted By Proving That the Late, But Too Soon Reviv'd Position, of Affirming the Supreme Power to Be Originally in the People Is a Doctrine Contrary to Scripture. 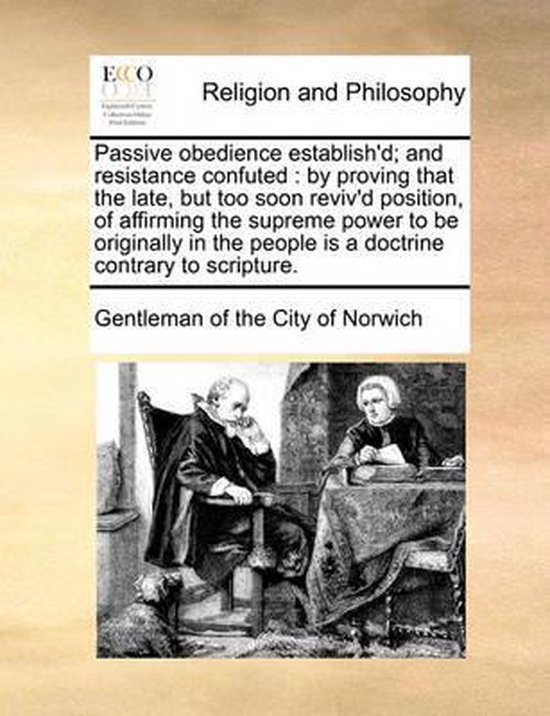 Auteur: Gentleman Of The City Of Norwich
Alle productspecificaties