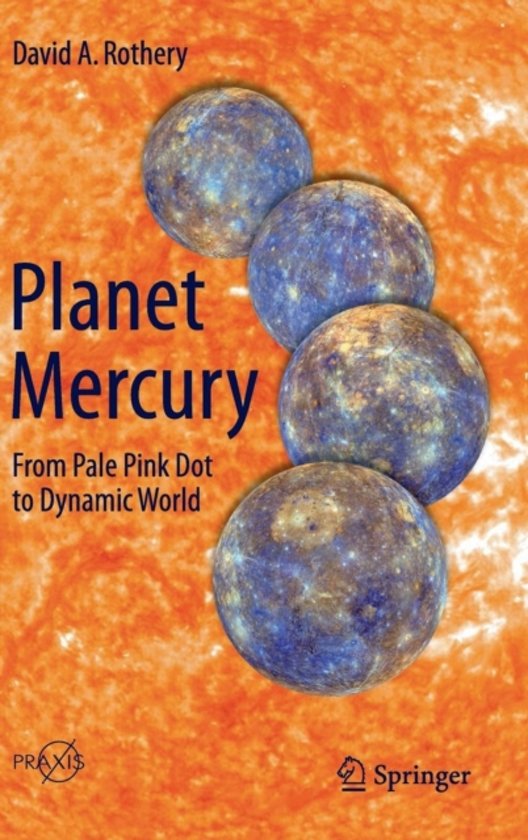 A new and detailed picture of Mercury is emerging thanks to NASA's MESSENGER mission that spent four years in orbit about the Sun's innermost planet. Comprehensively illustrated by close-up images and other data, the author describes Mercury's landscapes from a geological perspective: from sublimation hollows, to volcanic vents, to lava plains, to giant thrust faults. He considers what its giant core, internal structure and weird composition have to tell us about the formation and evolution of a planet so close to the Sun. This is of special significance in view of the discovery of so many exoplanets in similarly close orbits about their stars. Mercury generates its own magnetic field, like the Earth (but unlike Venus, Mars and the Moon), and the interplay between Mercury's and the Sun's magnetic field affects many processes on its surface and in the rich and diverse exosphere of neutral and charged particles surrounding the planet. There is much about Mercury that we still don't understand. Accessible to the amateur, but also a handy state-of-the-art digest for students and researchers, the book shows how our knowledge of Mercury developed over the past century of ground-based, fly-by and orbital observations, and looks ahead at the mysteries remaining for future missions to explore.
Toon meer Toon minder

The book comprises seven, well-illustrated chapters: the first begin a good summary of pre-space-age knowledge of the planet. ... this is a good book and a pleasure to own. It will live where it can be found easily. (Jeremy Joseph, Geoscientist, Vol. 26, July, 2016) Rothery has crafted an engaging and well-constructed book, which is copiously sprinkled with clear illustrations, most of which are in colour. It ought to enjoy a wide readership from the dedicated amateur to the professional specialist. ... Very few books devoted to the planet Mercury exist; this latest one is a must for astronomical libraries. (Richard McKim, The Observatory, Vol. 136 (1250), February, 2016)