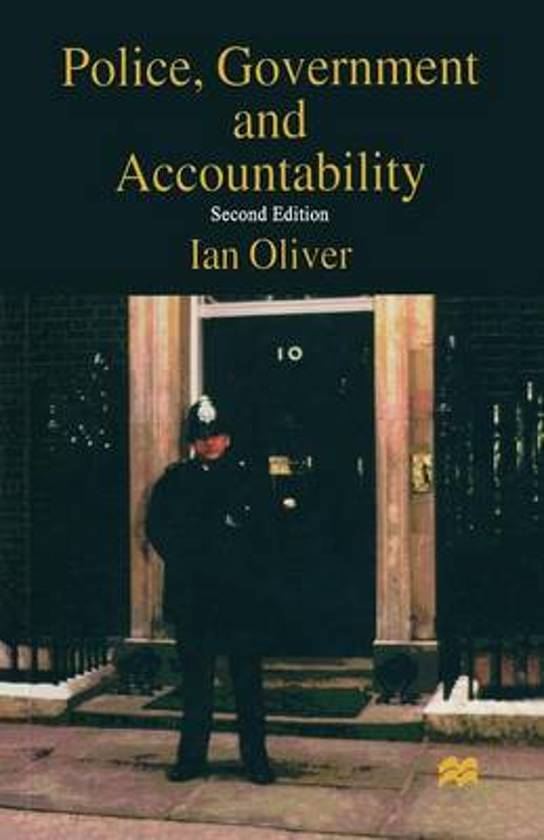 Police, Government and Accountability is an examination of the relationship between police and central and local government in the United Kingdom. The book deals with the constitutional position of police and traces developments in the debate on accountability from the Royal Commission report of 1962 to the present day. The second edition also re-examines the police and government relationship after the passing of the controversial Police and Magistrates' Courts Act 1994 and the local government reforms. Particular attention is given to the model of accountability in Northern Ireland and the role played by the army in aid to the civil power.