Post-War Writing and Aesthetics A Reaction against Modernism 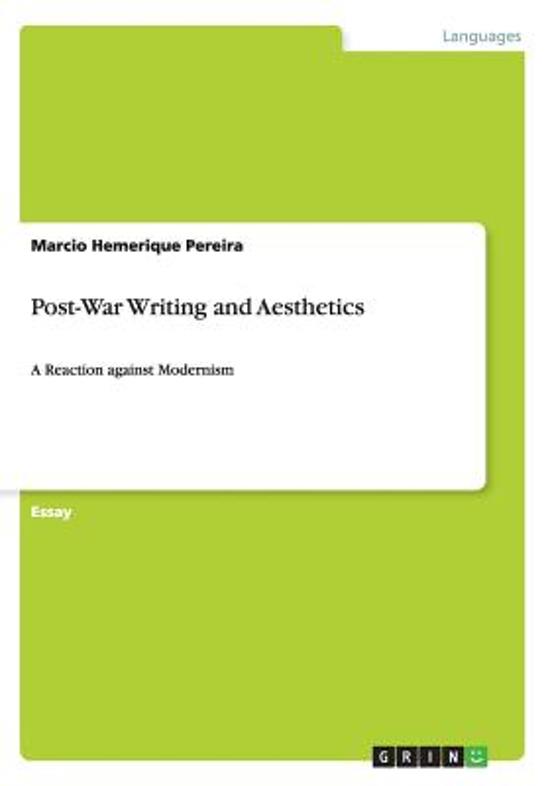 Essay from the year 2010 in the subject English - Literature, Works, grade: A, Birkbeck, University of London (Humanities), course: Modern and Contemporary Literature, language: English, abstract: The present essay proposes to analyze Philip Larkin's statement: '[T]he term 'modern', when applied to art, has a more than chronological meaning: it denotes a quality of irresponsibility peculiar to this century [...] [T]he artist has become over-concerned with his material (hence an age of technical experiment), and, in isolation, has busied himself with the two principal themes of modernism, mystification and outrage [...],' in a peculiar perspective - How far can post-war writing and aesthetics be construed as a reaction against modernism? Exploring these forms intrinsically attached to public and private concerns of the Post-Modernism which were issues to that society, I will try to go beyond the text message and understand what Larkin intended to say to the post-modern society and the implications it had in our society after that. Equally important, relate the motifs over Post-War writing and Aesthetics and Modernism inside-out world. Finally, the essay tangles the different efforts of the Modern and Post-Modern writers when using representative forms of speech and what considers being a more viable and broader definition of that Aesthetics.