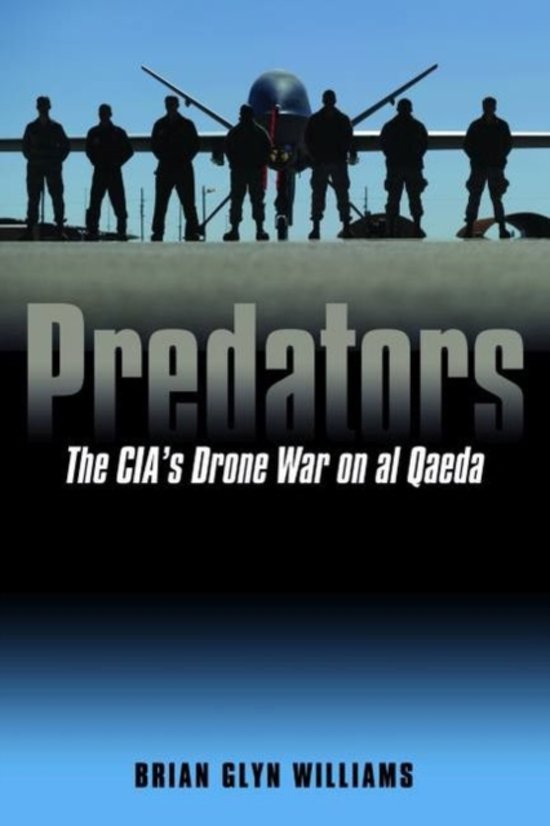 Predators is a riveting introduction to the murky world of Predator and Reaper drones, the CIA's and U.S. military's most effective and controversial killing tools. Brian Glyn Williams combines policy analysis with the human drama of the spies, terrorists, insurgents, and innocent tribal peoples who have been killed in the covert operation-the CIA's largest assassination campaign since the Vietnam War era-being waged in Pakistan's tribal regions via remote control aircraft known as drones, or unmanned aerial vehicles. Having travelled extensively in the Pashtun tribal areas while working for the U.S. military and the CIA, Williams explores in detail of the new technology of airborne assassinations. From miniature Scorpion missiles designed to kill terrorists while avoiding civilian collateral damage to prathrais, the cigarette lighter-size homing beacons spies plant on their unsuspecting targets to direct drone missiles to them, the author describes the drone arsenal in full. Evaluating the ethics of targeted killings and drone technology, Williams covers more than a hundred drone strikes, analyzing the number of slain civilians versus the number of terrorists killed to address the claims of antidrone activists. In examining the future of drone warfare, he reveals that the U.S. military is already building more unmanned than manned aerial vehicles. Predators helps us weigh the pros and cons of the drone program so that we can decide whether it is a vital strategic asset, a frenemy, or a little of both. About the Author BRIAN GLYN WILLIAMS earned his first master's at the Central Eurasian studies program at Indiana University and a second master's in Russian history and a PhD in Central Asian history from the University of Wisconsin. Among his published works is Afghanistan Declassified: A Guide to America's Longest War (University of Pennsylvania Press, 2011). A tenured professor of Islamic history at the University of Massachusetts-Dartmouth, he lives in Boston.
Toon meer Toon minder

Predators: The CIA's Drone War on al Qaeda, the newest book by Dr. Brian Glyn Williams of the University of Massachusetts-Dartmouth, treats the topic with the care it deserves. Over the course of the book's 11 chapters, Williams takes an even-handed approach, providing invaluable history and context to frame the arguments both in favor of and against current US drone policy. --Evan Kalikow, Small Wars Journal--Evan Kalikow Small Wars Journal Finally a book that dispassionately shows the facts and impact on this new technology. A must read for anyone interested in the evolution of warfare. --Dr. Marc Sageman, former CIA field officer liaison to the Afghan mujahideen and author of Understanding Terrorist Networks--Dr. Marc Sageman Predators is an insightful and intriguing introduction to the new war against Al Qaeda. --Bruce Riedel, Brookings Institute, former CIA analyst and special assistant to President Obama on terrorism in Pakistan--Bruce Riedel Williams concedes collateral damage, but says drones are not clumsily killing mass numbers of civilians. In fact, the technology is getting smarter and smarter: The non-military fatality rate has plummeted since 2004 to the point where it's now close to zero. --Katharine Whittemore, Boston Globe--Katharine Whittemore Boston Globe Predators is recommended reading to those interested in how US counterterrorism efforts in Pakistan and elsewhere have affected civilian populations living in the targeted countries. Williams studies the impact of the missile strikes by US drones in remote regions of the world, in particular in Pakistan's Federally Administered Tribal Areas (FATA). --Ulrike Esther Franke, Parameters--Ulrike Esther Franke Parameters
Toon meer Toon minder