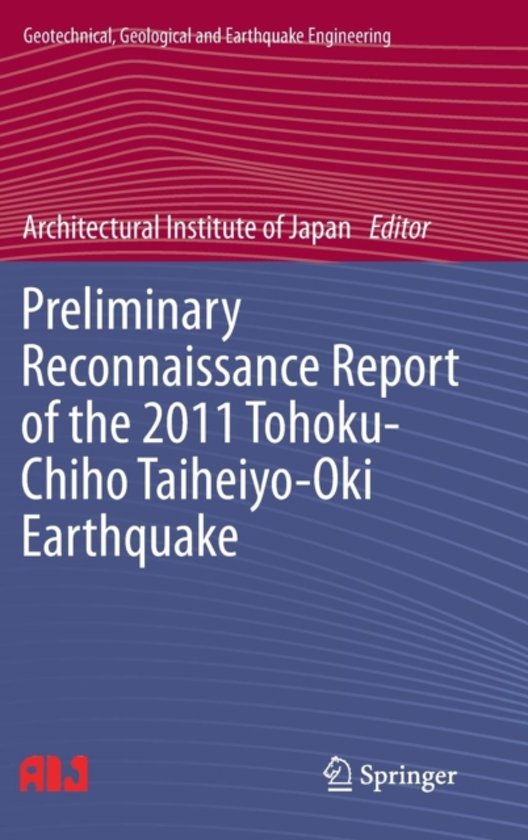 Devastating damage in the Tohoku region of Japan occurred during and after the earthquake off the Pacific coast of Tohoku earthquake on March 11, 2011. The AIJ (Architectural Institute of Japan) dispatched reconnaissance teams into the field to obtain basic facts on the damage to buildings due to the massive ground motions and resultant tsunami. Their mission included collecting information on the characteristics of the earthquake itself and the observed major ground motions and tsunamis throughout the area. For the structural damage investigation, buildings are classified by their type of construction, namely, steel buildings, reinforced concrete buildings, wooden houses, etc. along with descriptions of special features for each category of building type. The report summarizes damage associated with ground failures including landslide and liquefaction as well as non-structural damages such as to equipment and facilities, partitioning walls and ceilings, and functional failures in skyscrapers. Also brief description of the Japanese Seismic Design Code will be provided in the Appendix. A proposed scheme of anti-tsunami design for buildings is also included.
Toon meer Toon minder