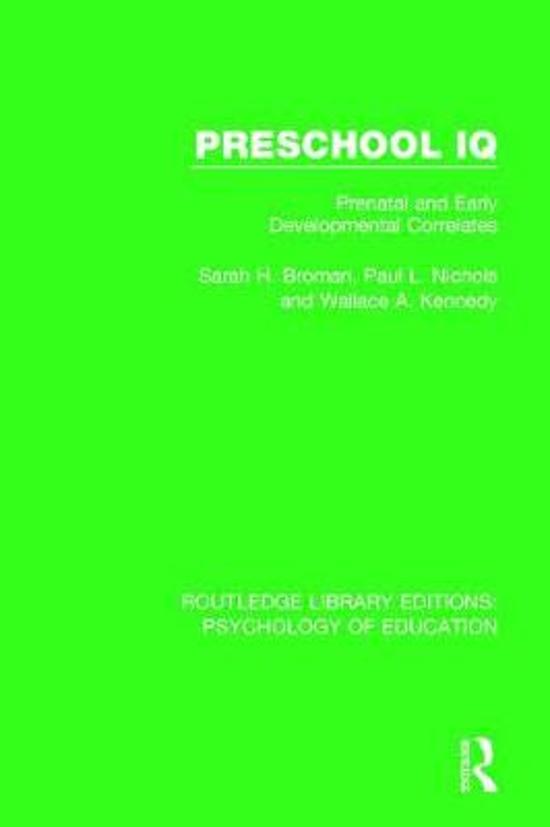 Originally published in 1975, this volume reports a multidisciplinary, longitudinal study of the precursors of intelligence, as measured by Stanford-Binet IQ scores, of 4-year-old children. Over 26, 000 children (more than 12, 000 whites and 14,000 blacks) were followed from the prenatal period, and 169 prenatal and developmental variables were examined in relation to preschool IQ scores. Considered are the degree to which events during pregnancy and delivery, physical and psychomotor development in infancy and childhood, and certain major family characteristics were related to IQ scores. The large, heterogeneous sample of children studied prospectively and the wide range of biological and social variables investigated made this work of major importance at the time. The level of maternal education and the socioeconomic status of the family were major contributors to explained variance in IQ, and had larger effects among whites than among blacks. Other findings relate low IQ at age 4 to delayed motor and mental development in infancy. Many other factors thought to affect IQ scores, both individually and in combination, are reported, to make this a work of importance to all concerned with the neurological and mental development of the child.
Toon meer Toon minder