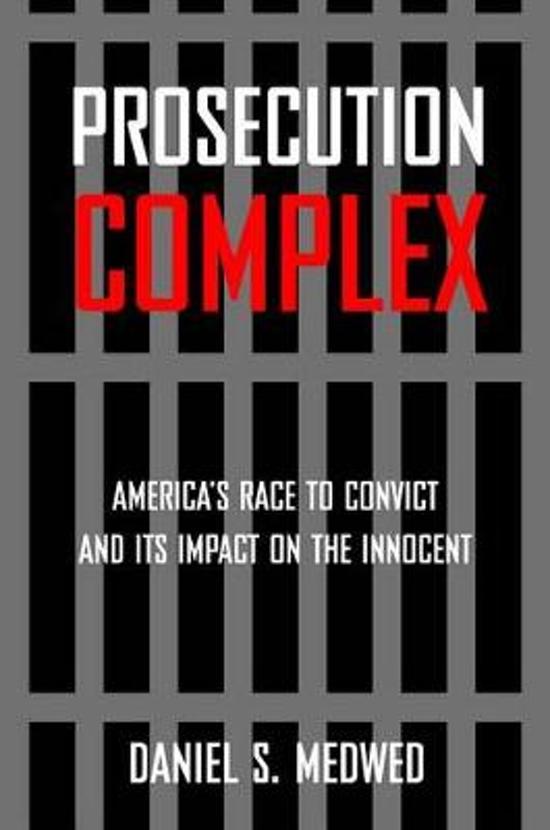 American prosecutors are asked to play two roles within the criminal justice system: they are supposed to be ministers of justice whose only goals are to ensure fair trials, whatever the outcomes of those trials might be-and they are also advocates of the government whose success rates are measured by how many convictions they get. Because of this second role, sometimes prosecutors suppress evidence in order to establish a defendant's guilt and safeguard that conviction over time. Daniel S. Medwed, a nationally-recognized authority on wrongful convictions, has wrestled with these issues for nearly fifteen years, ever since he accepted a job as a public defender with the Legal Aid Society of New York City. Combining his hands-on experience in the courtroom and his role as a teacher and scholar in the classroom, Medwed shows how prosecutors are told to lock up criminals and protect the rights of defendants. This double role creates an institutional prosecution complex that animates how district attorneys' offices treat potentially innocent defendants at all stages of the process-and that can cause prosecutors to aid in the conviction of the innocent. Ultimately, Prosecution Complex is not intended to portray prosecutors as rogue officials indifferent to the conviction of the innocent, but rather to explain why, while most prosecutors aim to do justice, only some hit that target consistently.
Toon meer Toon minder

Medwed's discussion of particularly horrific cases of injustice and particularly groundbreaking reforms is illuminating ... [The author] reminds his readers that the goal of doing justice and achieving accurate outcomes is not hopelessly naive, nor is it necessarily an issue about which the defense and the prosecution should disagree. For better or worse, he also seems to suggest that much of the potential for reforming prosecutorial practices lies with prosecutors' own commitment to doing honorable work. -Appeal and Habeas blog One value of Medwed's book is his even-handed, clear-headed explication of all the ways prosecutors can contribute to the conviction of innocent defendants. There is also value in his suggested reforms. -Rutgers Professor Daniel Medwed has written a compelling book entitled Prosecution Complex. The book offers inside knowledge based on his experience as a litigator and serious scholar of miscarriages of justice in the criminal justice system. Anybody concerned with fairness and examining the role of prosecutors at every stage of our criminal justice process will find this book absorbing, sobering, and informative. I strongly recommend it to anyone who is looking at our American legal system and seeking reforms. This is a must read! -Charles J. Ogletree,Founding and Executive Director of the Charles Hamilton Houston Institute for Race and Justice Highly recommended for general readers, upper-division undergraduate students and above. -CHOICE Medwed engages in a scholarly conversation with those who, like him, work or have worked in the criminal justice system and understand how seemingly small legal changes can seriously affect how cases are tried, won, and lost. -Boston Review The book should be required reading by all prosecutors, and by all law students who would seek to practice criminal law. -Maurice Possley,Los Angeles Daily Journal Daniel S. Medwed has put together a book that appeals to both academics and anyone interested in gaining knowledge about many of the intricate details of prosecution. -Criminal Justice Review Prosecution Complex challenges us all to work towards changes that can be more likely to result in genuine justice, rather than the comfortable feeling that comes simply from putting somebody behind bars. -Scott Renshaw,City Weekly Prosecution Complex is an enlightening book that tackles an issue many tend to shy away from. -Shelby Scoffield,Desert News Wrongful convictions will continue until prosecutors are one day held accountable for their deliberate misconduct. Prosecution Complex examines their misbehavior and the tragic consequences. It also shows us how to fix the problems. -John Grisham,New York Times best-selling author of The Litigators Daniel Medwed provides a fascinating ethical, legal, and psychological perspective on the work of prosecutors, the power-players in our criminal justice system. With gripping accounts from real criminal cases gone wrong, he shows how the best-intentioned prosecutors can convict the innocent while racing to convict the guilty. Prosecutors can fall prey to cognitive biases that we all share in our everyday lives, but with nearly-absolute discretion, they lack adequate checks and safeguards to correct for such bias. This book simply must be read by all who care about the past and the future of criminal justice. -Brandon L. Garrett,Roy L. and Rosamund Woodruff Morgan Professor of Law, University of Virginia
Toon meer Toon minder