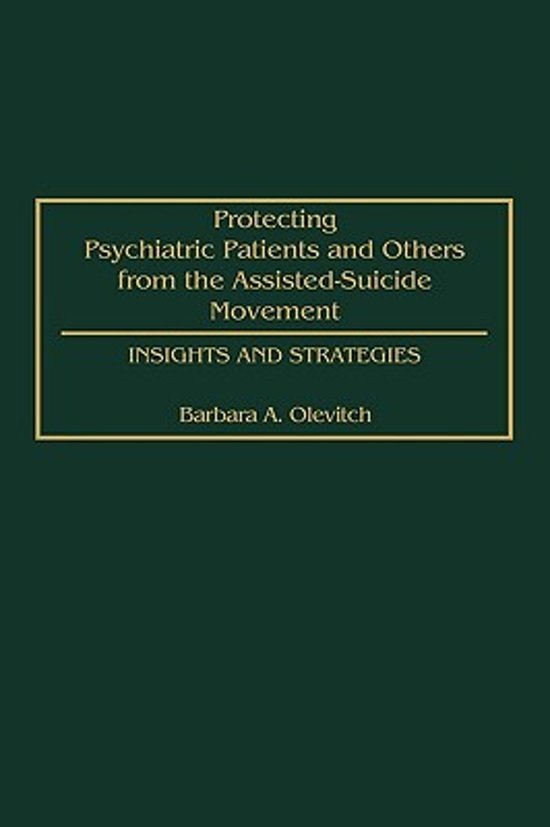 Shocked by the fact that, in the Netherlands, psychiatric patients are considered potentially appropriate candidates for physician-assisted suicide, Olevitch examines the research and data and finds that, even in the United States, the situation is threatening. She describes how the rhetoric of the assisted-suicide movement can confuse potential suicide victims and their helpers, and how surrogate medical decisions are a growing threat in the lives of incompetent patients. Olevitch argues the assisted-suicide movement is based not on the level-headed realism its advocates claim, but on a lack of information about up-to-date ways of bringing about psychological wellness, on a misguided panic about finances, a phobic view of medical procedures, a lack of understanding of the support needed by average medical patients, and a misguided belief in superficial safeguards. Olevitch describes how Rational Emotive Behavior Therapy and Cognitive Behavior Therapy can be used to help terminally ill or disabled people overcome their profound depression. Another cognitive focus is added as she presents material answering questions including what patients are really thinking when they request assisted suicide or when they decline medical procedures. Well-known psychologist Albert Ellis says of the volume, Carefully read this unusual book and see how it can be useful to you, whether you are a physician, a mental health professional, or an unfortunate patient
Toon meer Toon minder