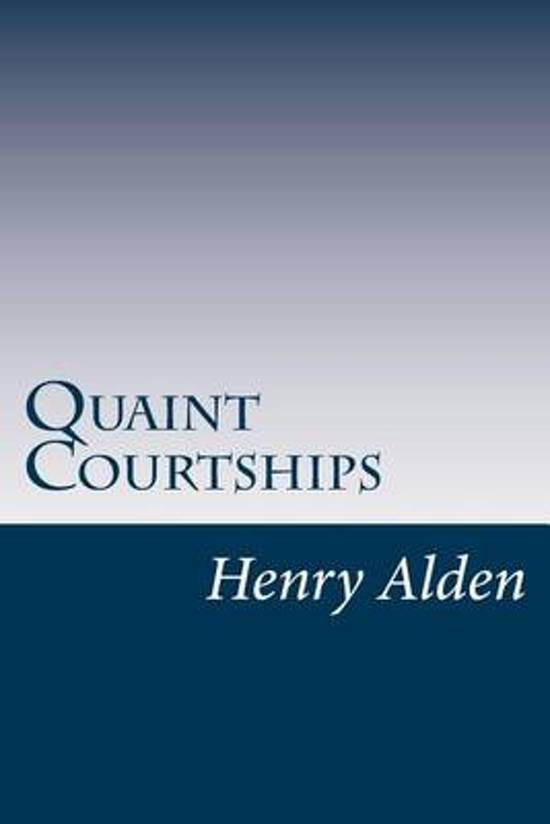 To the perverse all courtships probably are quaint; but if ever human nature may be allowed the full range of originality, it may very well be in the exciting and very personal moments of making love. Our own peculiar social structure, in which the sexes have so much innocent freedom, and youth is left almost entirely to its own devices in the arrangement of double happiness, is so favorable to the expression of character at these supreme moments, that it is wonderful there is so little which is idiosyncratic in our wooings. They tend rather to a type, very simple, very normal, and most people get married for the reason that they are in love, as if it were the most matter-of-course affair of life. They find the fact of being in love so entirely satisfying to the ideal, that they seek nothing adventitious from circumstance to heighten their tremendous consciousness. Yet, here and there people, even American people, are so placed that they take from the situation a color of eccentricity, if they impart none to it, and the old, old story, which we all wish to have end well, zigzags to a fortunate close past juts and angles of individuality which the heroes and heroines have not willingly or wittingly thrown out. They would have chosen to arrive smoothly and uneventfully at the goal, as by far the greater majority do; and probably if they are aware of looking quaint to others in their progress, they do not like it. But it is this peculiar difference which renders them interesting and charming to the spectator. If we all love a lover, as Emerson says, it is not because of his selfish happiness, but because of the odd and unexpected chances which for the time exalt him above our experience, and endear him to our eager sympathies. In life one cannot perhaps have too little romance in affairs of the heart, or in literature too much; and in either one may be as quaint as one pleases in such affairs without being ridiculous.
Toon meer Toon minder