Queer Constellations Subcultural Space In The Wake Of The City 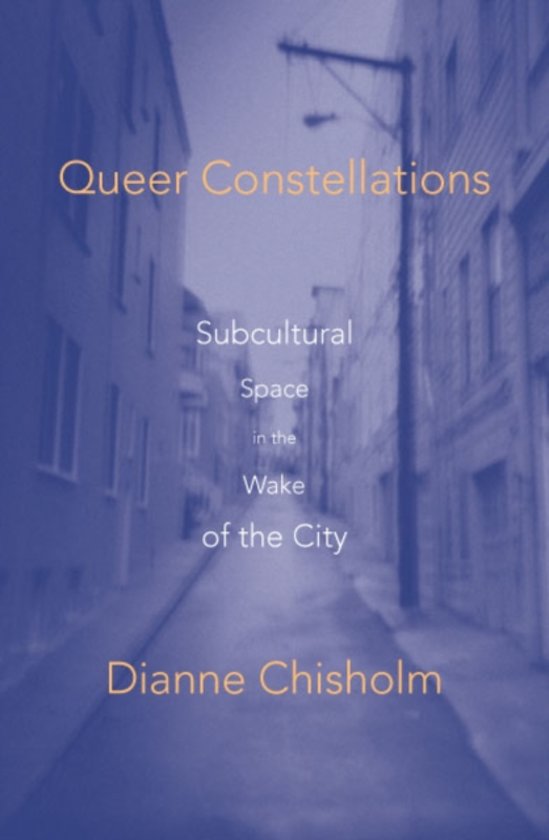 Queer Constellations investigates the dreams and catastrophes of recent urban history viewed through new queer narratives of inner-city life. The gay village, gay mecca, gai Paris, the lesbian flaneur, the lesbian boheme -these and other urban phantasmagoria feature paradoxically in this volume as figures of revolutionary utopia and commodity spectacle, as fossilized archetypes of social transformation and ruins of haunting cultural potential. Dianne Chisholm introduces readers to new practices of walking, seeing, citing, and remembering the city in works by Neil Bartlett, Samuel R. Delany, Robert Gluck, Alan Hollinghurst, Gary Indiana, Eileen Myles, Sarah Schulman, Gail Scott, Edmund White, and David Wojnarowicz. Reading these authors with reference to the history, sociology, geography, and philosophy of space, particularly to the everyday avant-garde production and practice of urban space, Chisholm reveals how-and how effectively-queer narrative documentary resembles and reassembles Walter Benjamin's constellations of Paris, capital of the nineteenth century. Considering experimental queer writing in critical conjunction with Benjamin's city writing, the book shows how a queer perspective on inner-city reality exposes contradictions otherwise obscured by mythic narratives of progress. If Benjamin regards the Paris arcade as a microcosm of high capitalism, wherein the (un)making of industrial society is perceived retrospectively, in contemporary queer narrative we see the sexually charged and commodity-entranced space of the gay bathhouse as a microcosm of late capitalism and as an exemplary site for excavating the contradictions of mass sex. In Chisholm's book we discover how, looking back on the ruins of queer mecca, queer authors return to Benjamin to advance his dialectics of seeing ; how they cruise the paradoxes of market capital, blasting a queer era out of the homogeneous course of history.
Toon meer Toon minder

Inspired, eloquent, and compelling. [Queer Constellations] freshly and bravely revisits gay and lesbian culture tropes and questions cultural assumptions from all quarters. The apparent hedonism and frivolity of consumerism is given a tough dressing down through its links to wreckage, displacement, and ruin, while its connection to cultural production and urban economics is underscored. And most significant of all, the powerful concept of queer constellation is developed and forged into a real tool for understanding the trans/formations of queer cultures. --Journal of the History of Sexuality Queer Constellations sets a new standard and methodological trend in queer studies. A major contribution to the space/place debates. --Cindy Patton, author of Globalizing AIDS