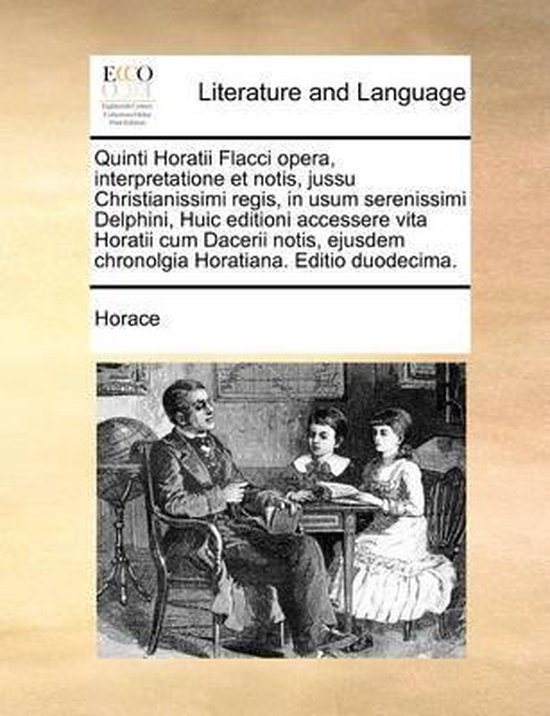 Quintus Horatius Flaccus was born in 6 B.C. at Venusia in Apulia. His father, though once a slave, had made enough money as an auctioneer to send his son to a well-known school in Rome and subsequently to university in Athens. There Horace joined Brutus’ army and served on his staff until the defeat at Philippi in 42 BC. On returning to Rome, he found that his father was dead and his property had been confiscated, but he succeeded in obtaining a secretarial post in the treasury, which gave him enough to live on. The poetry he wrote in the next few years impressed Virgil, who introduced him to the great patron Maecenas in 38 BC. This event marked the beginning of a life-long friendship. From now on Horace had no financial worries; he moved freely among the leading poets and statesmen of Rome; his work was admired by Augustus, and indeed after Virgil’s death in 19 BC he was virtually Poet Laureate. Horace died in 8 BC, only a few months after Maecenas.
Alles van Horace
Toon meer Toon minder

The 18th century was a wealth of knowledge, exploration and rapidly growing technology and expanding record-keeping made possible by advances in the printing press. In its determination to preserve the century of revolution, Gale initiated a revolution of its own: digitization of epic proportions to preserve these invaluable works in the largest archive of its kind. Now for the first time these high-quality digital copies of original 18th century manuscripts are available in print, making them highly accessible to libraries, undergraduate students, and independent scholars.Western literary study flows out of eighteenth-century works by Alexander Pope, Daniel Defoe, Henry Fielding, Frances Burney, Denis Diderot, Johann Gottfried Herder, Johann Wolfgang von Goethe, and others. Experience the birth of the modern novel, or compare the development of language using dictionaries and grammar discourses. ++++The below data was compiled from various identification fields in the bibliographic record of this title. This data is provided as an additional tool in helping to insure edition identification: ++++British LibraryT046239Londini: impensis, J. Johnson, G. et G. Ginger, C. Dilly, G. G. et J. Robinson, G. J. et J. Richardson and 12 others in London], 1799. 20],631, 117]p.; 8 "
Toon meer Toon minder