Rasputin and Other Ironies 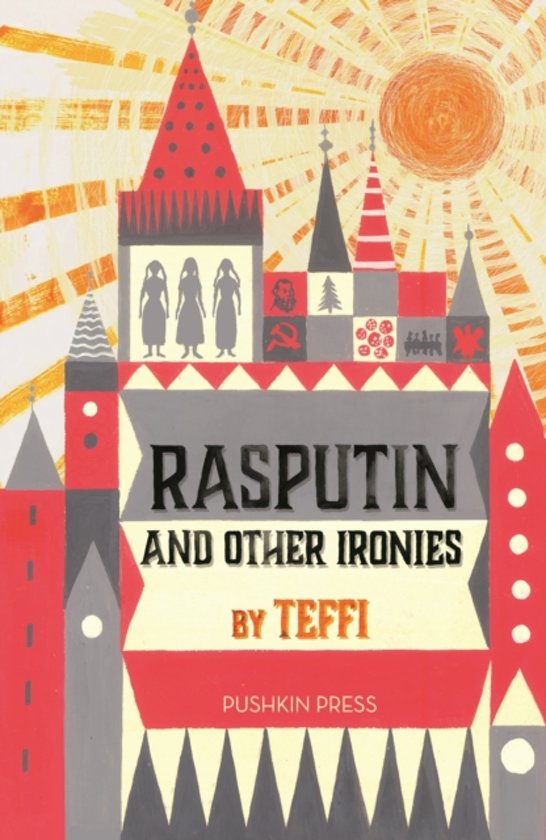 'Modern Ukraine could do with some reporters as wise and humane as Teffi' Literary Review A new collection of Teffi's best autobiographical non-fiction writings Ranging from portraits of Rasputin and Lenin to observations on the Russian Revolution, and from profiles of cultural figures to moving domestic scenes, this short collection includes writings by the inimitable Teffi never before published in English. Everything is here - politics, society, art and literature, love and family life - and all is told in Teffi's multifaceted style: amusing, sincerely moving, ironic and always honest, pervaded by an intensely felt understanding of humanity's simultaneous tragedy and absurdity. (1872-1952) wrote poems, plays, stories, satires and feuilletons, and was renowned in Russia for her wit and powers of observation. Following her emigration in 1919 she settled in Paris, where she became a leading figure in the emigre literary scene. Now her genius has been rediscovered by a new generation of readers, and she once again enjoys huge acclaim in Russia and across the world. Her short-story collection Subtly Worded and her memoir Memories - From Moscow to the Black Sea are also published by Pushkin Press.
Toon meer Toon minder

[Teffi's] sense of the big things of life somehow disguised in the small... her recollections of [Lenin]... are riveting [and] penetrating Financial Times [Teffi's work is] amazingly modern, as easy to devour as, well, a box of chocolates -- Rachel Cooke Observer Modern Ukraine could do with some reporters as wise and humane as Teffi Literary Review By bringing together Teffi's Memories... and her other autobiographical pieces and reminiscences, collected in Rasputin, the editors present a different Teffi - a chronicler of the tragedy of the Russian revolution The World Today A master of the short form... the rediscovery of Teffi has to rank high in the achievements of Pushkin Press, alongside their championing of Stefan Zweig and Gaito Gazdanov Kaggsy's Bookish Ramblings Teffi can write in more registers than you might think, and is capable of being heartbreaking as well as very funny. I wish she were still alive, and I could have met her... I can't recommend her strongly enough -- Nicholas Lezard Guardian Her range is as broad as her prose is buoyant New Statesman A gifted satirist and social observer -- Eileen Battersby Irish Times Teffi's brilliance at capturing the dark comedy of her milieu should no longer prevent her from being recognized as an important European writer TLS Like Nabokov, Platonov, and many other great Russian prose writers, Teffi was a poet who turned to prose but continued to write with a poet's sensitivity to tone and rhythm. Like Chekhov, she fuses wit, tragedy, and a remarkable capacity for observation; there are few human weaknesses she did not relate to with compassion and understanding -- Robert Chandler New Yorker A joy to read Shiny New Books Teffi was not only a great wit and an impeccable stylist, but one of the twentieth century's most perceptive and clear-headed observers PEN Atlas [Conveys] Teffi's characteristic mixture of precision, comic timing and evasiveness Times Literary Supplement Virtually unknown in English until this series of translations by Pushkin Press -- Peter Pomerantsev London Review of Books
Toon meer Toon minder