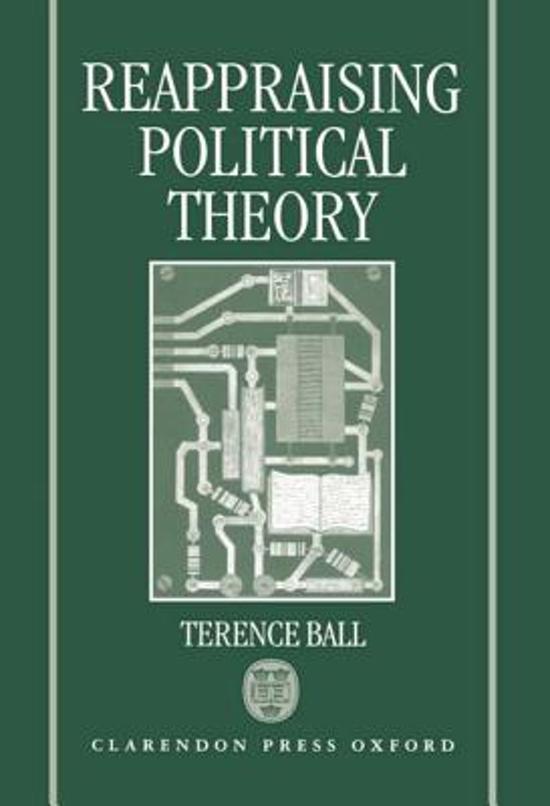 Machiavelli, Hobbes, Rousseay, Mill and Marx, and Foucault - what really links these and other classic' political theorists? Not, argues Terence Ball, their common status as dead, white, European males', but instead the exciting and compelling way in which they can speak to us today. Professor Ball begins by setting out his liberating view of the way we should approach classic' texts. Using an approach that is both problem-driven' and methodologically pluralist', Ball offers new readings - and reappraisals - of key authors and classic works in political theory. Throughout he argues that the importance of the great texts lies in their repeated reinterpretation in the light of problems that arise for present-day readers. This tour de force, always entertaining and eclectic, focuses on the core problems surrounding many of the major thinkers. Was Machiavelli really amoral? Why did language matter so much to Hobbes - and why should it matter to us? Are the roots of the totalitarian state to be found in Rousseau? Were the utilitarians sexist in their view of the franchise? Written in a lively and accessible style, the book will provoke debate among students and scholars alike. Throughout, Terence Ball shows just how exciting and important political theory can be.
Toon meer Toon minder

It is literally impossible to do justice to this book in a short review ... it is a book well worth the reading ... An essential acquisition for libraries serving upper-division undergraduates, graduate students, and faculty. * Choice * Ball makes the dead' political thinkers come to life. A very readable book.' Paul Norris, Southampton Institute wide-ranging, deeply thoughtful, often entertaining and always refreshingly readable book ... So judicious and indeed so successful is he in this project that even a careful and sympathetic reader could finish the book wondering how it is that political theory in recent decades has in Ball's account of it come to be a hermetic discipline ... There is much else in Ball's rich and profoundly learned book that repays close study and careful thought' Times Literary Supplement