Religious Outsiders and the Making of Americans 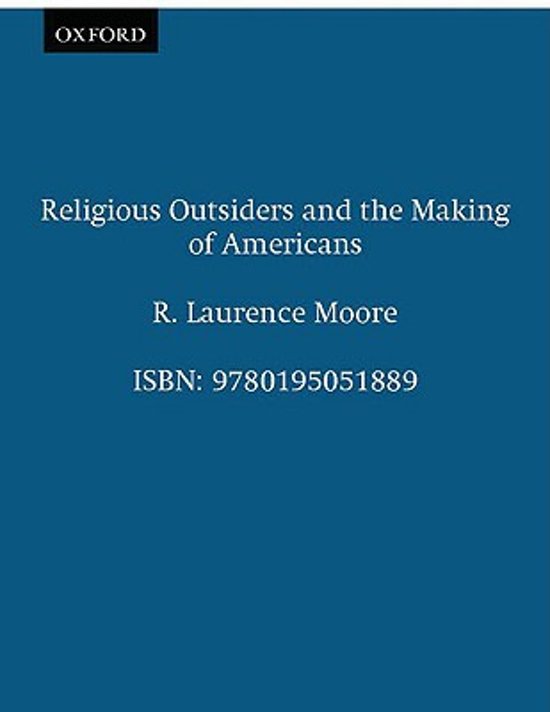 Throughout history, the reality of America's diverse religious life has continually been subordinated to the themes of Protestant unity and dominance. At the centre of this study are seven religious groups that are usually accorded a secondary influence on American culture: the Mormons, Catholics, Jews, Christian Scientists, Millennialists, 20th-century Protestant Fundamentalists, and the black churches. Through these groups Moore boldly shows that the conventional distinctions between what is mainstream and what is marginal in American culture are largely strategical fictions created by historians and historical actors, and that many of these outside groups in fact embody values that are quintessentially American. The book also examines the part that religious persecution has played in American history, and the ways in which religious groups have often turned persecution to their own advantage. The author's analysis of pluralism provides a solid and important new context for viewing America's religious past and also builds a solid historical perspective for understanding the religious cults and sects that are receiving so much attention in American life today. This is a paperback reissue of the hardback first published in 1986.
Toon meer Toon minder

'collection of wide-ranging and learned essays ... the book will help set the agenda for future studies ...American religious historians should anticipate with pleasure the conversations this excellent book will provoke.' Robert Orsi, Indiana University, Journal of Ecclesiastical History 'penetrating analysis ... Moore's stimulating analysis of pluralism not only offers an important new context for viewing America's religious past; it also provides important perspectives for understanding what is happening in America today.' Month