Report by the Common Agent in the Ranking of the Creditors of the York-Buildings Company. August 12. 1791 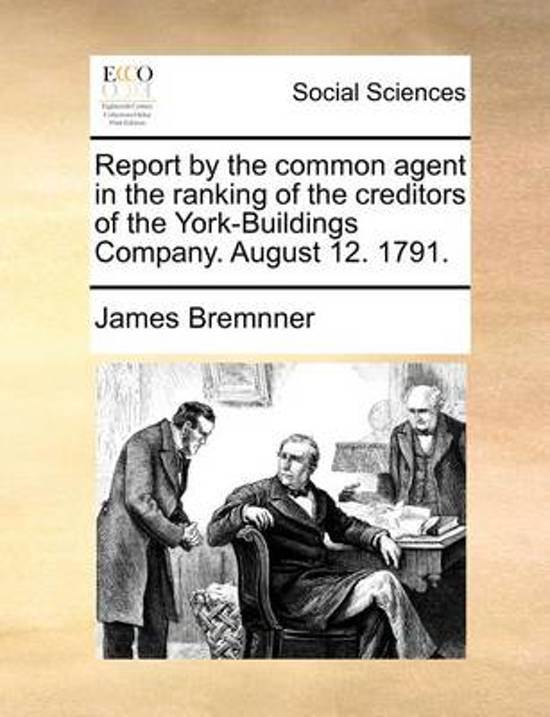