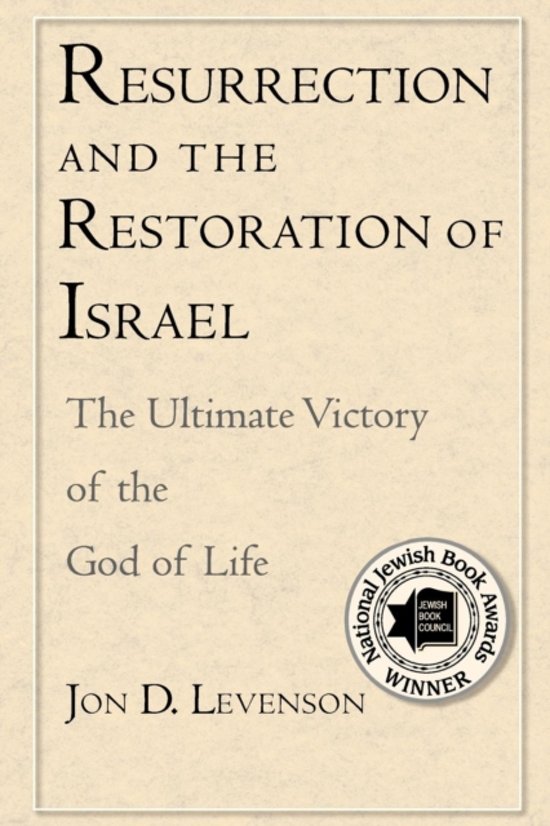 This provocative volume explores the origins of the Jewish doctrine of the resurrection of the dead. Jon D. Levenson argues that, contrary to a very widespread misconception, the ancient rabbis were keenly committed to the belief that at the end of time, God would restore the deserving dead to life. In fact, Levenson points out, the rabbis saw the Hebrew Bible itself as committed to that idea.
The author meticulously traces the belief in resurrection backward from its undoubted attestations in rabbinic literature and in the Book of Daniel, showing where the belief stands in continuity with earlier Israelite culture and where it departs from that culture. Focusing on the biblical roots of resurrection, Levenson challenges the notion that it was a foreign import into Judaism, and in the process he develops a neglected continuity between Judaism and Christianity. His book will shake the thinking of scholars and lay readers alike, revising the way we understand the history of Jewish ideas about life, death, and the destiny of the Jewish people.
Toon meer Toon minder

'Levenson draws out subtle connections and makes fine distinctions, never claiming more for his evidence than what it will bear... The prose of Resurrection and the Restoration of Israel is clear and often powerful, having absorbed much of the poetry and primal strength of the biblical passages it examines. Professor Levenson has written for an audience well beyond his fellow biblical scholars.' Peter Steinfels, New York Times

Originele Titel
Resurrection and the Restoration of Israel: The Ultimate Victory of the God of Life