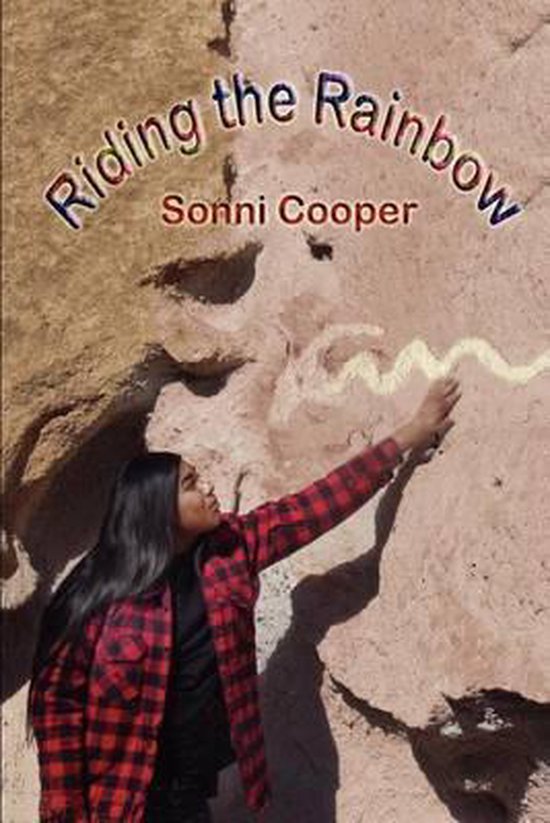 This is the story of a contemporary American Indian boy in crisis, covering a year of his life as he comes of age and resolves his life goals.
We follow the maturing of Cloud, a troubled Pueblo teenager, as he makes a major passage of life. Living in the culturally-rich Pueblo tradition in northern New Mexico, Cloud's choices become life and death decisions. Influenced by the Anglo and Spanish cultures surrounding the pueblo, he must find the balance in his life. Following his traditions and the expectations of his pueblo's conservative culture, while dealing with the destructive pull of those about him, he is in turmoil. He faces the real problems of education, job, alcohol, and social relationships. Cloud's spirit world is within him, guiding him to "ride the rainbow". He must understand and follow the spirit's wishes before his life is destroyed forever. Cloud's problems are universal, his solutions cultural.
The novel addresses the serious problems of assimilation or finding one's place in society faced by young Native Americans, often leading to maladjustment and even suicide. It also elucidates the interaction of the Native and Western cultures, illustrating the Native culture from its point of view.
The book is based on Sonni Cooper's over fifty years of close association with Native individuals, families, and cultures. She was the Assistant Director of the Eight Northern Indian Pueblo Council, the Founder and President of the Northwest Association on Indian Affairs, and has been formally and informally inducted into several tribes. Many of the incidents, both comic and tragic, may seem so contrived as to be apocryphal, but are in fact based on actual events. Mrs. Cooper, an astute observer, has a deep insight into people and cultures. She has re-invented the Native ceremonies in an imaginative but alternative way to illustrate the culture but respectfully protect the closed nature of their spiritual life, seamlessly going from publically known ceremonies to fictitious versions of closely held activities. Likewise, many characters and locations are drawn from reality while the arc of the story is her conception.
This book's themes and issues are contemporary but similar to past novels: Oliver La Farge's 1929 "Laughing Boy", Frank Waters' 1942 "The Man Who Killed the Deer", and N. Scott Momaday's 1968 "House Made of Dawn". These all deal with the problems of Native Americans growing up or living in the predominantly Western culture, and illuminate the Native world with fidelity, respect, and high literary quality.
Toon meer Toon minder