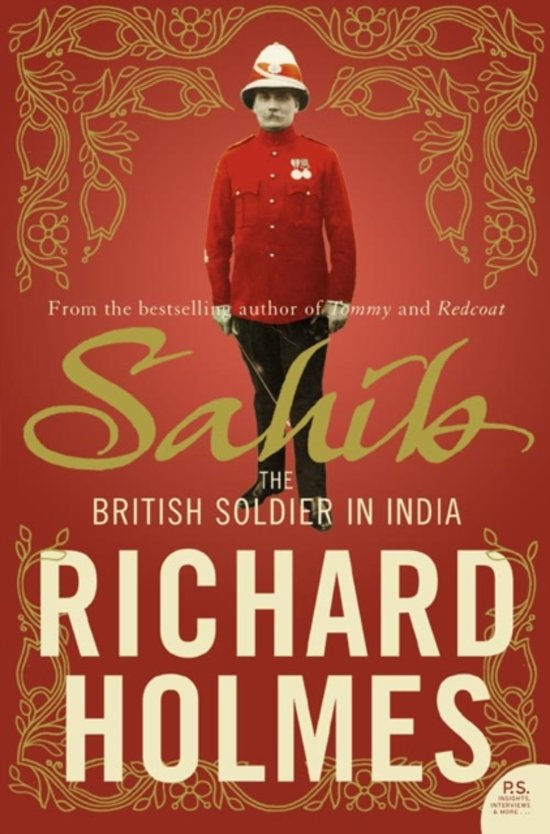 Richard Holmes is the author of  The Age of Wonder, which was short-listed for the Samuel Johnson Prize for Non-Fiction, won the Royal Society Prize for Science Books and the National Books Critics Circle Award, and was one of the  New York Times Book Review's Best Books of the Year in 2009. Holmes's other books include This Long Pursuit, Footsteps, Sidetracks, Shelley: The Pursuit (winner of the Somerset Maugham Award),  Coleridge: Early Visions (winner of the 1989 Whitbread Book of the Year Award),  Coleridge: Darker Reflections (a National Book Critics Circle Award finalist), and  Dr. Johnson & Mr. Savage (winner of the James Tait Black Prize). He was awarded the OBE in 1992. He lives in England.
Alles van Richard Holmes
Toon meer Toon minder

From bestselling author of Tommy' and Redcoat', the rich history of the British soldier in India from Clive to the end of empire considered to be the jewel in Britain's imperial crown. Sahib' is a broad and sweeping military history of the British soldier in India, but its focus, like that of Tommy and Redcoat before it, will be on the men who served in India and the women who followed them across that vast and dusty continent, bore their children, and, all too often, mopped their brows as they died. The book begins with the remarkable story of India's rise from commercial enclave to great Empire, from Clive's victory of Plassey, through the imperial wars of the 18th-century and the Afghan and Sikh Wars of the 1840s, through the bloody turmoil of the Mutiny, and the frontier campaigns at the century's end. With its focus on the experience of ordinary soldiers, Sahib' explains to us why soldiers of the Raj had joined the army, how they got to India and what they made of it when they arrived. The book examines Indian soldiering in peace and war, from Kipling's snoring barrack room' to storming parties assaulting mighty fortresses, cavalry swirling across open plains, and khaki columns inching their way between louring hills. Making full use of extensive and often neglected archive material in the India Office Library and National Army Museum, Sahib' will do for the British soldier in India - whether serving a local ruler, forming part of the Indian army, or soldiering with a British regiment - what Tommy' has done for the ordinary soldier in World War I.
Toon meer Toon minder