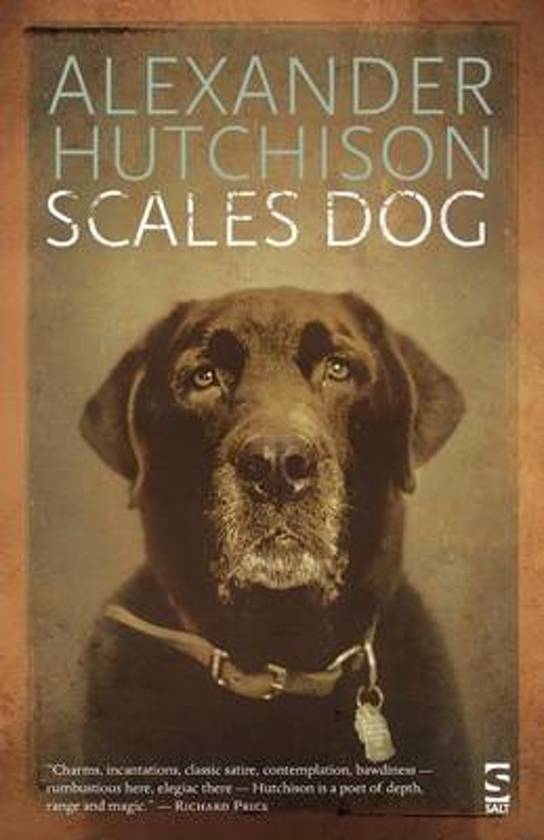 Scales Dog provides a selection of Hutchison's work from Deep-Tap Tree (1978) to his most recent collection Carbon Atom (2006). The earliest poem Mr Scales Walks His Dog was written in Canada in 1970, following the poet's arrival there from Scotland in 1966. At the time Michael Ondaatje said : I love that poem - and Lawrence Ferlinghetti, hearing the piece at a public reading in British Columbia, announced as soon as he came to the mike: I dug that dog! Deep-Tap Tree was written during the seventies while Hutchison was living and working on Vancouver Island. Of that first book, the distinguished critic Richard Ellmann wrote: Mr Hutchison is his own man, individual in temperament, pungent and accurate in expression. His work is compounded of wit and mystery, and delights his readers even as it teases them into self-recognition . Ellmann's comments suggest that the appeal of Hutchison's poems is both direct and indirect: being not only satirical and intelligent but also mysterious and moving. Another American reviewer found that variety a cause for celebration: In a time of too much plain and too often poverty-stricken verse, Hutchison's poetry looks and sounds bravely alive, colourful and crafted . Underlining this positive reception across the Atlantic, the poet Robert Creeley said: Sandy Hutchison's poems read brightly, with a fine economy and precision. There is humor and warmth, an ear for clear edges of sound, and a pace that can hold all together . These responses were echoed in the UK when The Moon Calf and the pamphlets Epitaph for a Butcher and Sparks in the Dark were published after Hutchison's return to Scotland in 1984. Gavin Ewart found the work: Sharp, dark, funny - and with more vigour than almost all those usually singled out for praise. Writing in Lines Review the poet George Bruce declared: There is no questioning [his] verve, inventiveness and versifying skills. There's been nothing quite like this since Sidney Goodsir Smith's Under the Eildon Tree. Hutchison's poems ... are in the same witty, brio tradition . Singling out An Ounce of Wit to a Pound of Clergy - which is the opening poem in the collection Carbon Atom, and was published as a pamphlet by Gael Turnbull - Ian Hamilton Finlay said: The Hutchison piece is fascinating to me ... really good, energetic, knotty, interesting . Gael Turnbull added his own praise when invited to comment on on early draft of Scales Dog by writing: There are a dozen or so poems in the collection which register for me as having a totally unique quality, a momentum and richness, an energy and an edge, quite unlike anything I know written by anyone else . Recently, Hutchison's work has sparked a response from a broader audience, and he is recognised by contemporary writers as a poet whose work has cut its own channels gradually, and is steadily gaining in reputation. Scales Dog is a book which ranges widely with invention and delight. It is distinctively Scottish in some respects - but the appeal is international. It has depth and humour to carry its readers all the way through.
Toon meer Toon minder