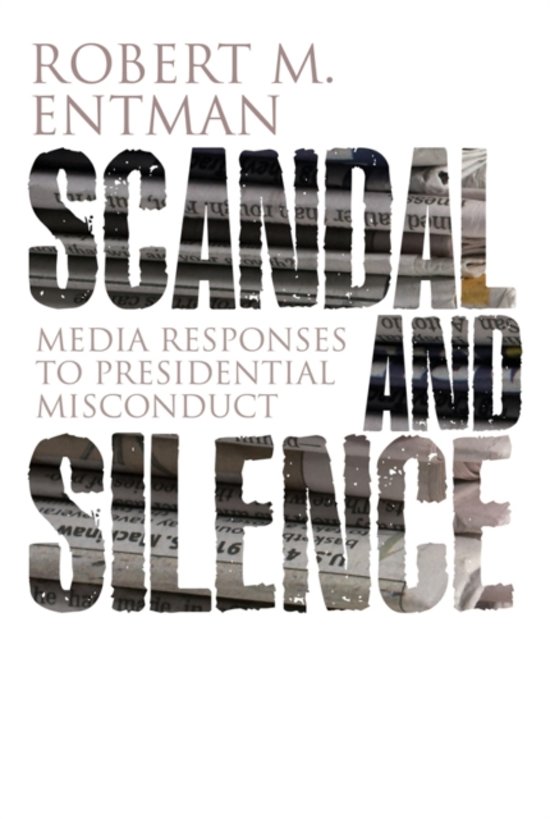 This timely and engaging book challenges the conventional wisdom on media and scandal in the United States. The common view holds that media crave and actively pursue scandals whenever they sense corruption. Scandal and Silence argues for a different perspective. Using case studies from the period 1988-2008, it shows that: Media neglect most corruption, providing too little, not too much scandal coverage; Scandals arise from rational, controlled processes, not emotional frenzies - and when scandals happen, it's not the media but governments and political parties that drive the process and any excesses that might occur; Significant scandals are indeed difficult for news organizations to initiate and harder for them to maintain and bring to appropriate closure; For these reasons cover-ups and lying often work, and truth remains essentially unrecorded, unremembered. Sometimes, bad behavior stimulates an avalanche of media attention with demonstrable political consequences, yet other times, equally shoddy activity receives little notice. This book advances a theoretical model to explain these differences, revealing an underlying logic to what might seem arbitrary and capricious journalism. Through case studies of the draft and military scandals involving Dan Quayle, George W. Bush, Bill Clinton and John Kerry; alleged sexual misconduct of politicians including but not limited to Clinton; and questionable financial dealings of Clinton and George W Bush, the book builds a new understanding of media scandals which will be essential reading for anyone concerned with the relationship between media and democracy today.
Toon meer Toon minder

This book combines insightful theoretical analysis with interesting empirical research, and is a major contribution to the field. Discourse and Communication This is the definitive work on political scandal in the modern American press. The reader will find engaging and richly detailed accounts of dozens of scandals, along with explanations of why in some cases they became so overblown, and, in others, did not develop at all despite available evidence. The book raises important questions about how journalists tell stories, and why those stories so often fail to embody the ideals we associate with a free press in a democracy. Lance Bennett, University of Washington Robert Entman has long been one of the most insightful analysts of the news media. Scandal and Silence will add to his reputation. Anyone who thought they had a reasonable understanding of how the media handle scandal will have to think again. A brilliant book that is a must read for those in the classroom, the newsroom, and the political cloakroom. Thomas E. Patterson, Harvard University
Toon meer Toon minder