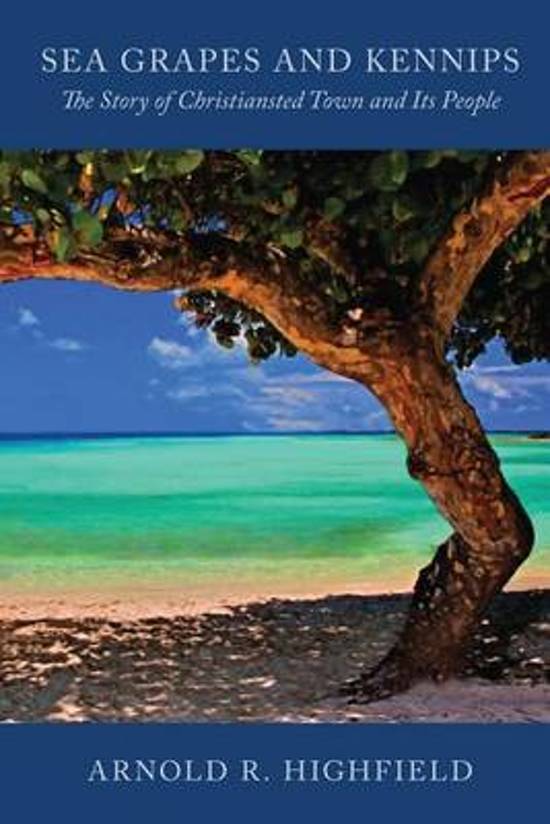 "This is the black and white interior version of Sea Grapes and Kennips in which the author of Time Longa' Dan Twine presents another intimate look at the history of the Virgin Islands, here pursuing the long past of the town of Christiansted and the stories of some of the people who lived and died there. The reader will be surprised to read that the town is older than the great majority of American cities and towns, that it has been occupied by no less than seven different nations, and that at one time it served as the capital of the Danish West Indies. Equally fascinating are the chapters on the broad variety of people who at one time or another called the town home—Dove Braffith, perhaps the greatest of the island's painters; Adrian Bentzon, a governor of many talents and curious adventures; Ralph de Chabert, a labor leader and outstanding journalist; Fritz Henle, a world-class photographer; Charles Blair and Maureen O'Hara and their Antilles Airboats airlines that connected the islands of the Virgin group; and Socha Svender, a sculptress of fascinating creations. In addition, this work includes accounts of the lives of Ward Canaday, American industrialist and Crucian farmer; Frederik ""Africanus"" Svane, a Danish-African who left his home on the Gold Coast to serve in the household of Ludvig von Holberg, Denmark's greatest writer; Wulff Joseph Wulff, a Dane who lived his life and founded a family on the African Gold Coast; and Juan Garrido, perhaps the first African to set foot on St. Croix who later rode at the side of Hernán Cortes as he conquered Mexico. Also there are stories of local Pirates, Maroons, Jumbies, Carib Indians, and Obeah, along with a sketch of Virgin Islands culture. Attention is given to the recent Palestinian immigrants to these islands and to the complex relationship among Anna Heegaard, Peter von Scholten, and Anna's present Danish descendents. Finally, the author revisits the controversial question of the Columbus landing at Salt River in 1493. This book opens the door for the curious newcomer to the Virgin Islands who desires to become acquainted with these endlessly fascinating islands, and at the same time, it provides new insights to those long familiar with the local culture and history."
Toon meer Toon minder