Seeing Is Believing America's Side Shows 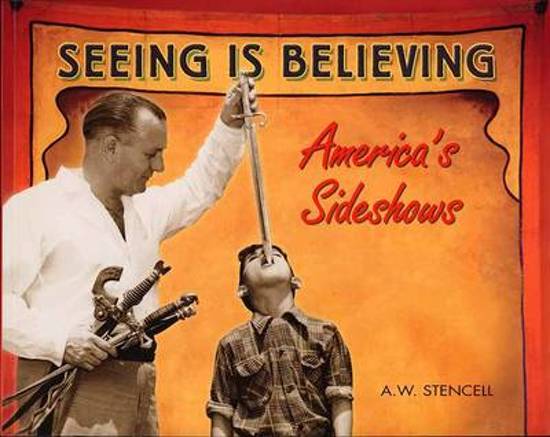 Seeing Is Believing is a history of midway attractions and the showmen who have presented them on American midways from the 1870s to World War II. Find out who manufactured the Polly-Moo-Zuke, the Two-Headed Giant, and the Devil Fish. Hear showmen's stories of hoochie coochie dancing bears, monkeys racing miniature racecars, and the strange people who made a living eating snakes. See war criminals, wax outlaws, and papier mâché torture victims. Learn about illusion on the midway and how ''free'' Iron Lung and Wildlife shows were anything but; who suspected you had to pay to leave? Hear the barker say: Come in! Trained fleas, people exhibited in ice, and girls that change into gorillas are all inside! Under canvas, the hottest black nightclub acts perform for you in black revue shows. Many attractions are alive. Hundreds more are dead, stuffed, or mummified. Never has so much been on show for so little a price! Attractions you may never see again  Take a twisted journey with the last of America's real showmen, from an age when performers earned every nickel of your 25 cents.
Toon meer Toon minder