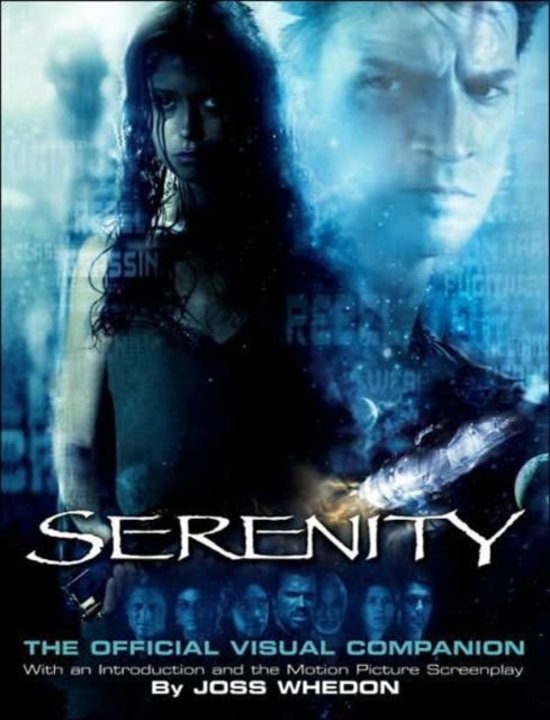 Five hundred years in the future, Captain Mal Reynolds and the crew of the transport-for-hire ship Serenity take on two new passengers and soon find themselves in a crossfire between an invincible military force and cannibalistic savages. Writer/director Joss Whedon, creator of Buffy the Vampire Slayer and Angel , makes his long-awaited feature film directorial debut with Serenity , based on his cult television series Firefly . This large format, full color companion to the movie features: a special Introduction by Joss Whedon; an in-depth interview with him about the making of the film; the full shooting script, including scenes cut from the final edit; fascinating production and background memos by Whedon, including A Brief History of the Universe , circa 2507 A.D.; and scores of stunning movie stills, storyboards and pieces of production art.
Toon meer Toon minder

The prospects for Serenity look very bright indeed. - Empire Miss this movie at your perill - Ain't It Cool News A damned fine writer. - The Guardian A wickedly big-brained deity in the cult-pop underground. - Entertainment Weekly What's not to love? Genuinely landmark pieces of television. Just staggering. - Simon Pegg, star of Shaun of the Dead and Spaced Empire, November 2005: A must -own for Whedonites (*****5 Stars).