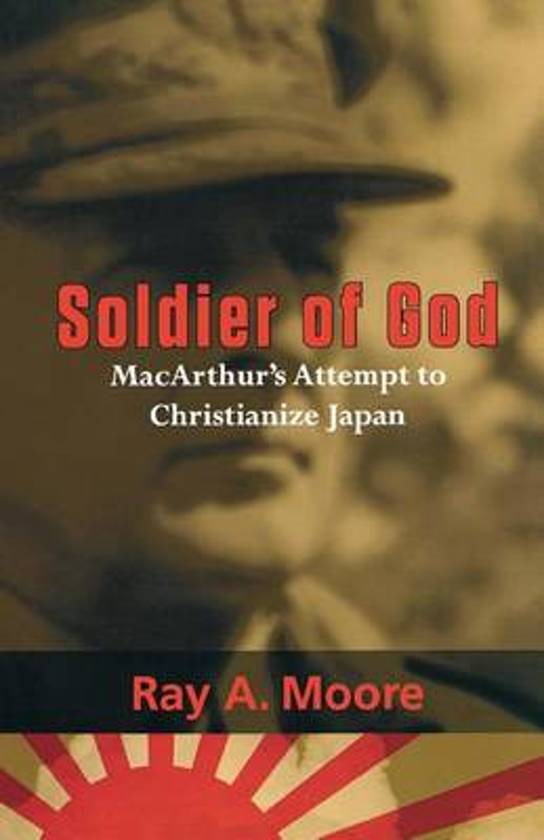 Soldier of God is a study of General Douglas MacArthurs effort to influence the religious life of Japan by suppressing native religions and enabling the propagation of Christianity in that country during the American occupation (19451952). As Supreme Commander of the Allied Powers (SCAP), MacArthur said it was his duty as a Soldier of God and of the Republic to fill the moral vacuum in Japan by restoring and reviving religion. After an introduction to Japans prewar encounter with Christianity, this study focuses on four major issues.

Part One describes the efforts of the Foreign Missions Conference (FMC) of the American Council of Churches to resume proselytizing in postwar Japan. The FMC arranged with the American government to send a church delegation to Japan, and President Truman gave a letter to the church leaders addressed to Emperor Hirohito.

Part Three explores the Imperial familys apparent interest in Christianity. The empress took Bible lessons and the crown prince (now emperor) studied English and the Bible with an American Quaker woman. The book presents evidence that the major concern of Imperial advisers and staff was to save Emperor Hirohito from trial as a war criminal.

Part Four examines MacArthurs policy of using the Christian community to counter the growing influence of Communism in Japanese schools. He supported the creation of a new International Christian University to oppose leftist influence among Japans youth..This books makes an important contribution to the ongoing study of MacArthur, the Occupation, and Christianity in Japan.
Toon meer Toon minder