Soldiering in the Army of Northern Virginia A Statistical Portrait of the Troops Who Served under Robert E. Lee 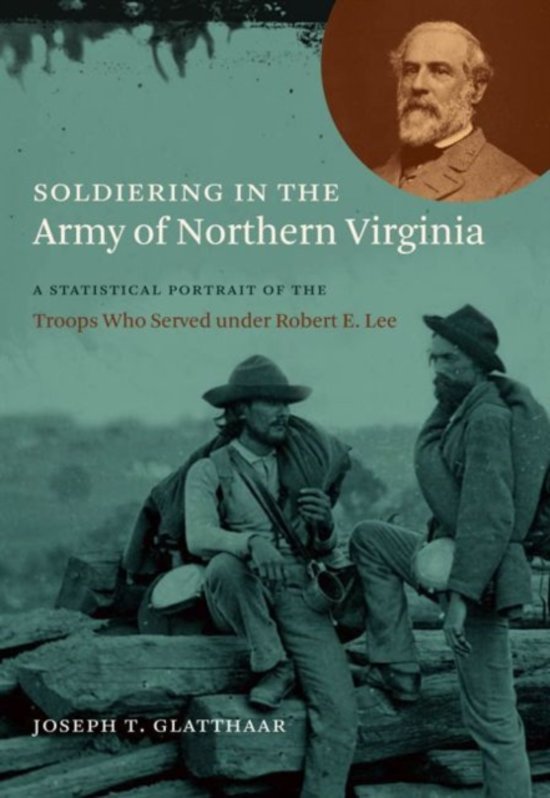 In this sophisticated quantitative study, Joseph T. Glatthaar provides a comprehensive narrative and statistical analysis of many key aspects of General Robert E. Lee's Army of Northern Virginia. Serving as a companion to Glatthaar's General Lee's Army: From Victory to Collapse, this book presents Glatthaar's supporting data and major conclusions in extensive and extraordinary detail. While gathering research materials for General Lee's Army, Glatthaar compiled quantitative data on the background and service of 600 randomly selected soldiers--150 artillerists, 150 cavalrymen, and 300 infantrymen--affording him fascinating insight into the prewar and wartime experience of Lee's troops. Soldiering in the Army of Northern Virginia presents the full details of this fresh, important primary research in a way that is useful to scholars and students and appeals to anyone with a serious interest in the Civil War. While confirming much of what is believed about the army, Glatthaar's evidence challenges some conventional thinking in significant ways, such as showing that nearly half of all Lee's soldiers lived in slaveholding households (a number higher than previously thought), and provides a broader and fuller portrait of the men who served under General Lee.
Toon meer Toon minder

A valuable resource for Civil War historians and a must-read for serious scholars of the Army of Northern Virginia. . . . A superb example of the fruitful potential that quantitative study holds for other Civil War topics.--North Carolina Historical Review Professor Glatthaar's book is a wellspring of solid data concerning the Army of Northern Virginia. It should not be overlooked by anyone interested in improving his understanding of the Civil War. --On Point Nicely detailed and easy to comprehend.--Register of The Kentucky Historical Society Glatthaar has produced a study that should not be ignored.--Journal of American History The preeminent statistical study of Lee's Army.--Tennessee Historical Quarterly This text is full of such fine-grained data on every facet of the soldiering population.--Journal of Interdisciplinary History The importance of this work cannot be understated. This is a new milestone in historiography of the Civil War soldier.--Journal of the North Carolina Association of Historians A book that anyone interested in researching or learning more about the Army of Northern Virginia should examine.--Blue & Gray Magazine
Toon meer Toon minder