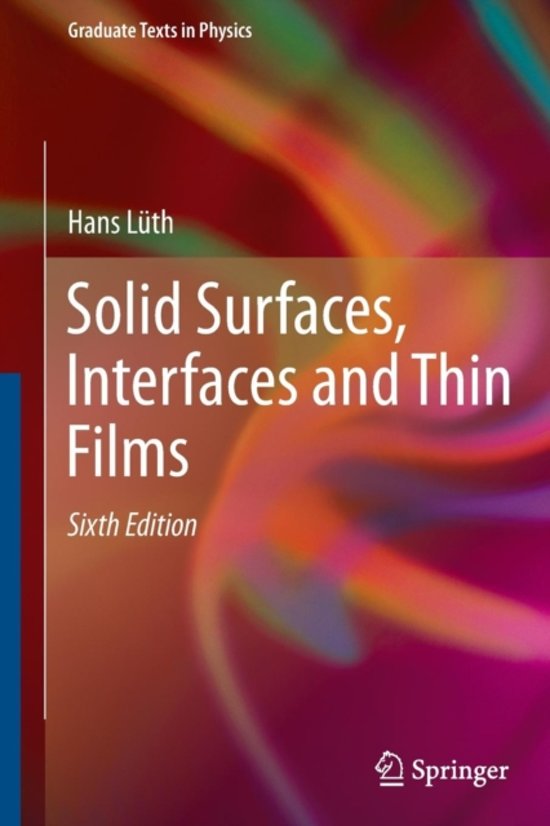 This book emphasises both experimental and theoretical aspects of surface, interface and thin-film physics. As in previous editions the preparation of surfaces and thin films, their atomic and morphological structure, their vibronic and electronic properties as well as fundamentals of adsorption are treated. Because of their importance in modern information technology and nanostructure research, particular emphasis is paid to electronic surface and interface states, semiconductor space charge layers and heterostructures. A special chapter of the book is devoted to collective phenomena at interfaces and in thin films such as superconductivity and magnetism. The latter topic includes the meanwhile important issues giant magnetoresistance and spin-transfer torque mechanism, both effects being of high interest in information technology. In this new edition, for the first time, the effect of spin-orbit coupling on surface states is treated. In this context the class of the recently detected topological insulators, materials of significant importance for spin electronics, are discussed. Particular emphasis, hereby, is laid on the new type of topologically protected surface states with well-defined spin orientation. Furthermore, some important well established experimental techniques such as X-ray diffraction (XRD) and reflection anisotropy spectroscopy (RAS), which were missing so far in earlier editions, were added in this new 6th edition of the book.
Toon meer Toon minder