Some Just Reflexions on a Nonsensical and Scurril Pasquill, Against the Parson of Banchory, Penned by a Brain-Sick Bigott, Named William Forbes Advocat. Which Animadversions Are Briefly Contained in This Answer 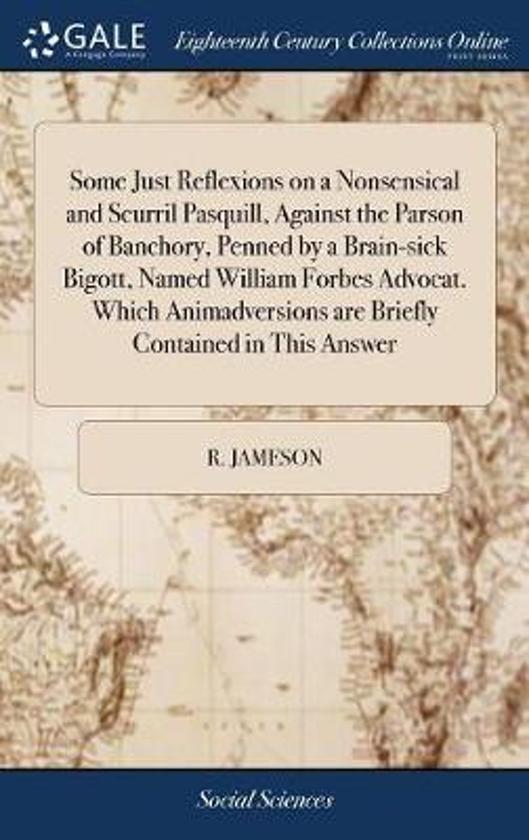