Son of the Cypresses Memories, Reflections, and Regrets from a Political Life 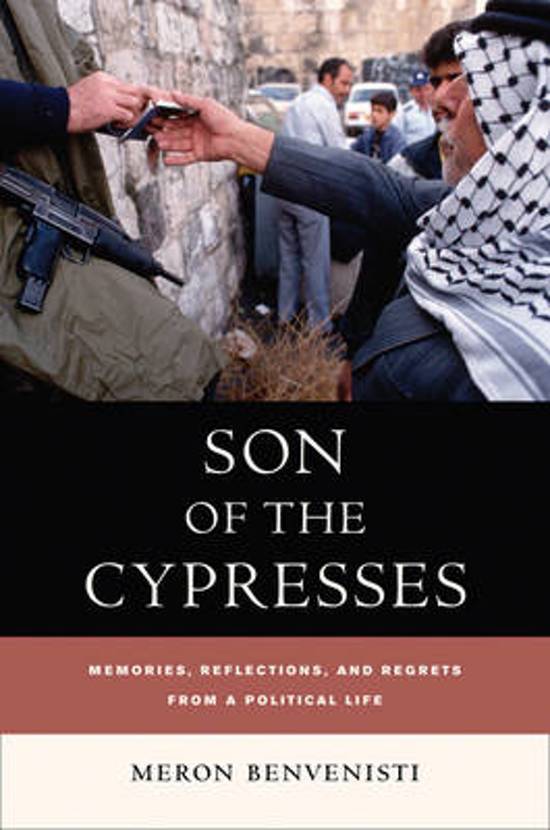 'Now that I am seventy years of age, it is my prerogative to offer a summing up', says Meron Benvenisti, internationally known author and columnist, Jerusalem native, and scion of Israel's founders. Born in Palestine in 1934 to a Sephardic father and an Ashkenazi mother, Benvenisti has enjoyed an unusual vantage point from which to consider his homeland's conflicts and controversies. Throughout his long and provocative career as a scholar, an elected official, and a respected journalist, he has remained intimately involved with Israel's social and political development. Part memoir and part political polemic, Son of the Cypresses threads Benvenisti's own story through the story of Israel. The result is a vivid, sharply drawn eyewitness account of pre-state Jerusalem and Israel's early years. He memorably sets the scene by recalling his father's emotional journey from Jewish Salonika in 1913 to Palestine, with all its attendant euphoria and frustration, and his father's pioneer dedication to inculcating Israeli youth with a 'native's' attachment to the homeland. In describing the colorful and lively Jerusalem in which he grew up, Benvenisti recalls the many challenges faced by new Jewish immigrants, who found themselves not only in conflict with the Arab population but also with each other as Sephardim and Ashkenazim. He revisits his own public disagreements with both Zionists and Palestinians and shares indelible memories such as his boyhood experiences of the 1948 War. In remembering his life as an Israeli sabra, Benvenisti offers a vivid record of the historical roots of the conflict that persists today.
Toon meer Toon minder