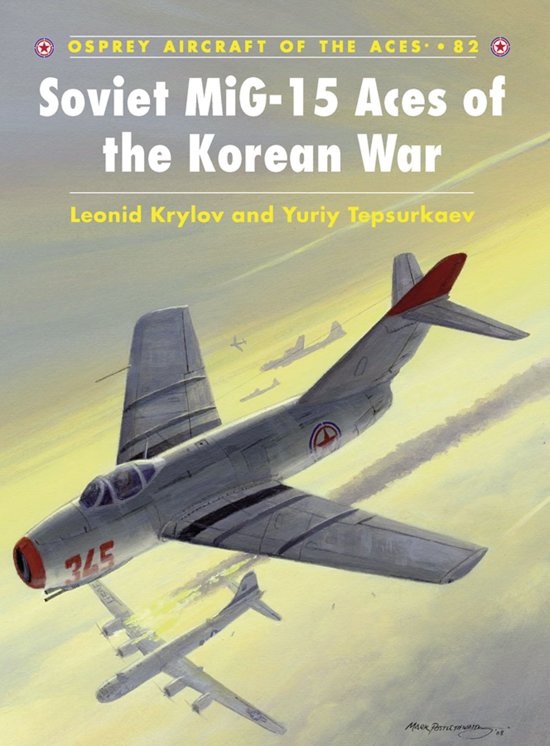 The Soviet Union began assisting the People's Republic of China in its establishment of a modern air force in 1950, when Soviet Air Force regiments were sent to train local pilots. China's involvement in the Korean War in late October 1950 inevitably drew Soviet pilots into the war, with a total of 52 Soviet pilots scoring five or more victories there. The history of these covert actions has been a long-buried secret and this book is the first English publication to detail the only instance when the Cold War became 'hot'. This book uncovers Soviet combat experiences during the Korean War from detailed unit histories and rare first-hand account. With access to extensive Russian archives, the authors offer an enthralling insight into an air war that has been largely covered up and neglected. Illustrated with previously unpublished photographs and detailed full colour profiles, this book is a unique opportunity to read about an often-forgotten aspect of the Cold War.

Soviet MiG-15 Aces of the Korean War is well-written and organized very nicely. It is extremely well researched and documented, and provides an insight into the Soviets previously well-hidden involvement during the Korean War. This book could be a valuable historical reference for anyone who chooses to model aircraft from this historical period, and I recommend it highly to anyone interested in the air war in Korea. --Keith Pruitt, International Plastic Modellers' Society (July 2008) Leonid Krylov and Yuriy Tepsurkaev's Soviet MiG-15 Aces of the Korean War joins others in Osprey's 'Aircraft of the Aces' series, providing a comprehensive survey of how the USSR's top plane performed and made a big difference in Korea, surveying the first generatio of jet fighters in Korea. Pilot exploits are covered in black and white and color here. --The Bookwatch (September 2008) In addition to the excellent photos, there are several pages of color profiles of the planes flown by the various aces involved. It is a superlative book on the subject and one that I can recommend to you without reservation. --Scott Van Aken, modelingmadness.com (June 2008). ...it seems astonishing that now Osprey is able to publish a complete-very complete- book on the subject. Remarkable pilot accounts provide an inside look beyond anything that I thought I would ever be ale to read, allied with a detailed history of the units, aircraft and men involved. --Scale Aircraft Modelling (August 2008).
Toon meer Toon minder