Spectacle of Property The House in American Film 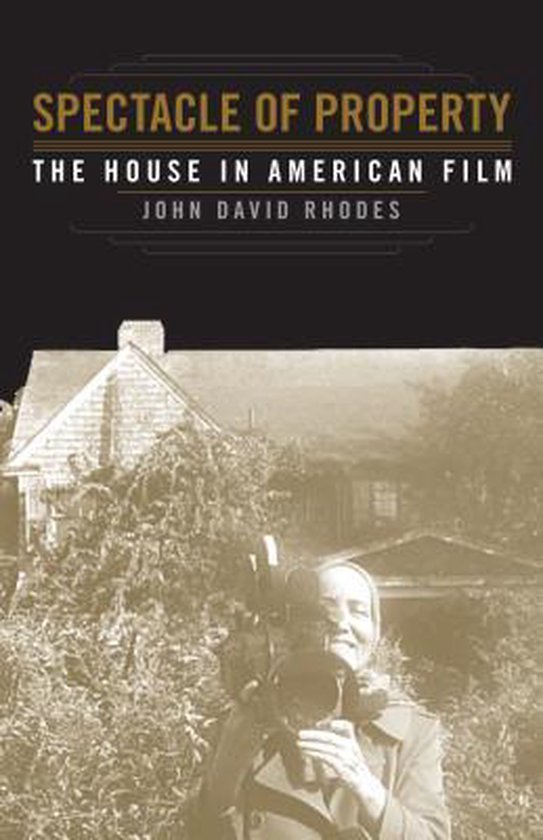 Much of our time at the movies is spent in other people's homes. Cinema is, after all, often about everyday life. Spectacle of Property is the first book to address the question of the ubiquitous conjuncture of the moving image and its domestic architecture. Arguing that in cinema we pay to occupy spaces we cannot occupy, John David Rhodes explores how the house in cinema both structures and criticizes fantasies of property and ownership. Rhodes tells the story of the ambivalent but powerful pleasure we take in looking at private property onscreen, analyzing the security and ease the house promises along with the horrible anxieties it produces. He begins by laying out a theory of film spectatorship that proposes the concept of the spectator-tenant, with reference to films such as Gone with the Wind and The Magnificent Ambersons. The book continues with three chapters that are each occupied with a different architectural style and the films that make use of it: the bungalow, the modernist house, and the shingle style house. Rhodes considers a variety of canonical films rarely analyzed side by side, such as Psycho in relation to Grey Gardens and Meet Me in St. Louis. Among the other films discussed are Meshes of the Afternoon, Mildred Pierce, A Star Is Born, Killer of Sheep, and A Single Man. Bringing together film history, film theory, and architectural history as no book has to date, Spectacle of Property marks a new milestone in examining cinema's relationship to realism while leaving us vastly more informed about, if less at home inside, the houses we occupy at the movies.
Toon meer Toon minder