Stolen, Smuggled, Sold On the Hunt for Cultural Treasures 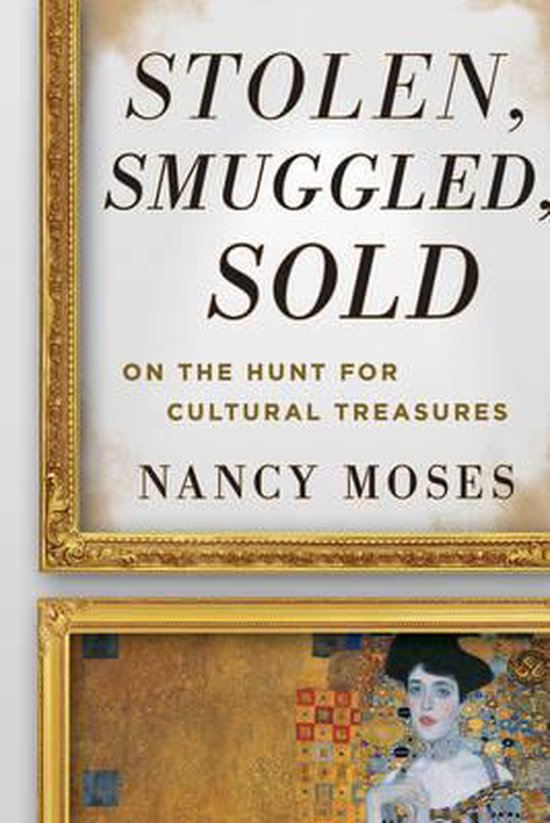 Stolen, Smuggled Sold: On the Hunt for Cultural Treasures tells the dark and compelling stories of iconic cultural objects that were stolen, smuggled or sold, and eventually returned back to their original owner.


There are many books about museum heists, Holocaust artwork, insider theft, trafficking in antiquities, and stolen Native American objects. Now, there's finally a book for the general public that covers the entire terrain. The book includes full-color photos of the objects.


Stolen, Smuggled, Sold features seven vivid and true stories in which the reader joins the author as she uncovers a cultural treasure and follows its often-convoluted trail. Along the way author and reader encounter a cast of fascinating characters from the underbelly of the cultural world: unscrupulous grave robbers, sinister middlemen, ruthless art dealers, venal Nazis, canny lawyers, valiant academics, unstoppable investigative reporters, unwitting curators, and dedicated government officials. Stories include Gustav Klimt's Portrait of Adele Bloch-Bauer 1, the typeset manuscript for Pearl Buck's The Good Earth, a ceremonial Ghost Dance short from the massacre at Wounded Knee, the theft of 4,800 historical audio discs by a top official at the National Archives, a missing original copy of The Bill of Rights, the mummy of Ramses I, and an ancient treasure from Iraq.


While each story is fascinating in and of itself, together they address one of the hottest issues in the museum world: how to deal with the millions of items that have breaks in the chain of ownership, suspicious ownership records, or no provenance at all. The issue of ownership touches on professional practices, international protocols, and national laws. It's a financial issue since the illicit trade in antiquities and cultural items generates as much as $4 billion to $8 billion a year.
Toon meer Toon minder