Studies in Macroeconomic History The Bank of England and the Government Debt: Operations in the Gilt-Edged Market, 1928-1972 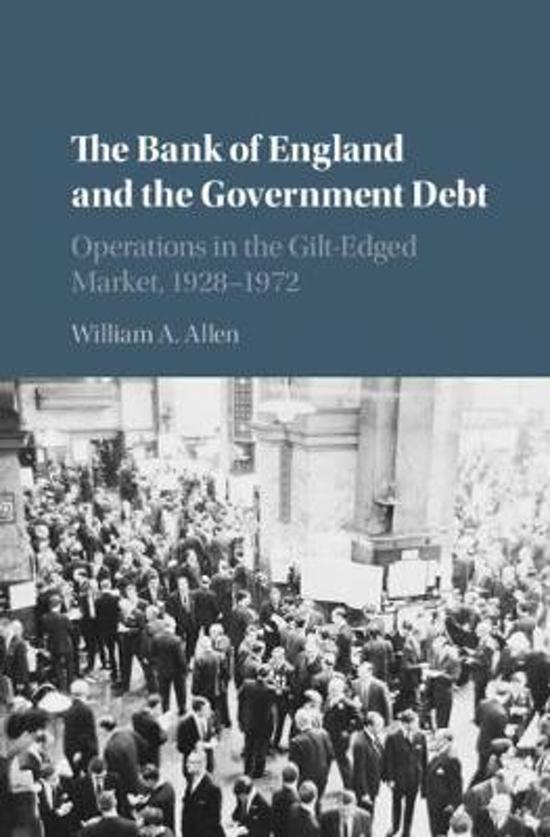 The Bank of England and the Government Debt recounts the surprising history of the Bank of England's activities in the government securities market in the mid-twentieth century. The Bank's governor, Montagu Norman, had a decisive influence on government debt management policy until he retired in 1944, and established an auxiliary market in government securities outside the Stock Exchange during the Second World War. From the early 1950s, the Bank, concerned about inadequate market liquidity, became an increasingly active market-maker in government securities, rescuing the commercial market-makers in the Stock Exchange several times. The Bank's market-making activities often conflicted with its monetary policy objectives, and in 1971, it curtailed them substantially, while avoiding the damaging effects on liquidity in the government securities market that it had feared. Drawing heavily on archival research, William A. Allen sheds light on little-known aspects of central banking and monetary policy.
Toon meer Toon minder